What happened during the three days?! 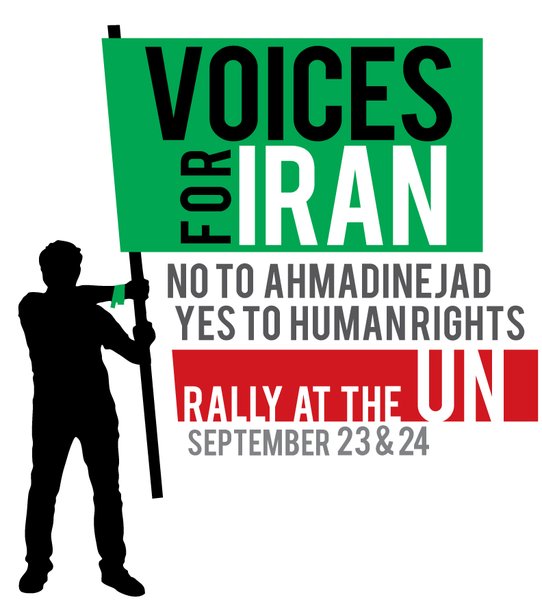 Voices For Iran by Kimia Tehrani

Message from the organizer voices4iran:

“Join us in New York City, September 22nd, 23rd and 24th, as we raise our Voices for Iran and demand Ahmadinejad be held accountable for crimes against the Iranian people. We call upon the international community support human rights in Iran and reject the policies of military aggression and economic starvation.”

Art installation and performance dedicated to the people of Iran. Iran Alive was a short film projected on a 300-person human screen with audio featuring recorded protest messages from Iranians inside Iran.

Here is a video of that event and a comment by the video maker:

Many people became vessels for the Iranian people themselves to deliver a message to the United Nations. These people, wearing white, formed a human screen as a short video montage of recent protests and events in Iran were projected on to them.Simultaneously, audio recordings of Iranians from inside Iran was heard declaring, “Ahmadinejad is not my President”, in English and Farsi.

The Iran Mission served as Ahmadinejad’s NYC headquarters. He reportedly had his meetings there all day.  At 3pm the rally started with a procession to the UN plaza.

Ahmadinejad spoke before the UN General Assembly around 7:00 pm and the rally  lasted  the duration of his speech.

This video below shot by Shiva Irani shows you what happened during the rally.

10am – March with the Green Scroll across the Brooklyn Bridge (started around 10:30 AM at  Cadman Plaza Park in Brooklyn and ended at City Hall Park in Manhattan around 12:30 PM. )

In the afternoon  – Music for Iran, social event fundraiser

PERFORMANCES BY: Arash Sobhani from Kiosk, Sohrab Saadat Ladjevardi, Revolution of the Mind, Meetra A. Sofia, Turaj and more.

Voice for Iran presents Arash Sobhani from KIOSK and HYPERNOVA at THE BOWERY Bar, Bowery and 2nd St..

Cover: $10.00 (all proceeds contribute to funding the three days of action). 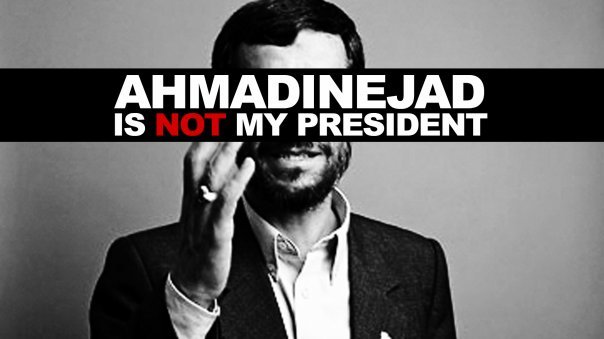 Hold Ahmadinejad Accountable. Say no to torture, killings, rape. Say yes to freedom of speech, assembly. End the show trials. Free all political prisoners and prisoners of conscience, and hold the real criminals accountable. Remember Neda and Sohrab, and all the victims of state violence. Oppose war and economic sanctions.

JOIN US: we aim to have the single biggest international action ever in support of Iranian rights in one location. We encourage everyone to come to New York City September 23rd and 24th. Together we can send a message that is heard loud and clear!

Email us to find the delegation near you!

Hotels: Check out hotels.com or email us at delegations.voicesforiran@gmail.com.

For more information go to http://voices4iran.org/