All shows take place downstairs from the shop on the second floor of Rosie O’grady’s. No Minimum – No Cover! 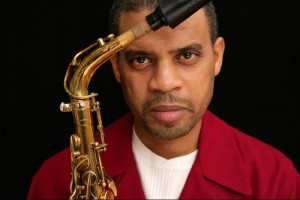 Monday, November 9th, Steve Wilson Trio 8PM
“Adept in almost any setting, Wilson has the rare ability to say more with less and to let the space between each note breathe and resonate.” – George Varga, The San Diego Tribune

These are some of the qualities that have earned Steve Wilson a prominent position on the bandstand and in the studio with the greatest names in jazz, as well as critical acclaim as a bandleader in his own right. A musician’s musician, Wilson has brought his distinctive sound to more than 100 recordings led by such celebrated and wide-ranging artists as Chick Corea, George Duke, Michael Brecker, Dave Holland, Dianne Reeves, Bill Bruford, Gerald Wilson, Maria Schneider, Joe Henderson, Charlie Byrd, Billy Childs, Karrin Allyson, Don Byron, Bill Stewart, James Williams, and Mulgrew Miller among many others. Wilson has seven recordings under his own name, leading and collaborating with such stellar musicians as Lewis Nash, Carl Allen, Steve Nelson, Cyrus Chestnut, Greg Hutchinson, Dennis Irwin, James Genus, Larry Grenadier, Ray Drummond, Ben Riley, and Nicholas Payton. 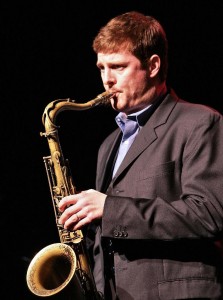 Eric Alexander Trio – 9:15PM
Boasting a warm, finely burnished tone and a robust melodic and harmonic imagination, tenor saxophonist Eric Alexander has been exploring new musical worlds from the outset. He started out on piano as a six-year-old, took up clarinet at nine, switched to alto sax when he was 12, and converted to tenor when jazz became his obsession during his one year at the University of Indiana, Bloomington (1986-87). At William Paterson College in New Jersey he advanced his studies under the tutelage of Harold Mabern, Joe Lovano, Rufus Reid, and others. “The people I listened to in college are still the cats that are influencing me today,” says Alexander. “Monk, Dizzy, Sonny Stitt, Clifford Brown, Sonny Rollins, Jackie McLean, Joe Henderson–the legacy left by Bird and all the bebop pioneers, that language and that feel, that’s the bread and butter of everything I do.” 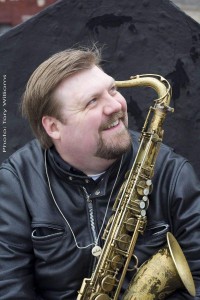 If you’ve spent time in the New York jazz scene during the last two decades, you have undoubtedly heard superlative statements like the one about the exceptional saxophonist Joel Frahm. His past recordings have been universally acclaimed and his live performances breathtaking. Frahm more than holds his own in showing both the chops and lyricism that has made him an irreplaceable part of so many sessions in his two decades on the jazz scene. He has come into his own as one of the most important saxophonists of his generation.

Roberto’s will have a representative from Legere, one of the finest synthetic reed manufacturers, in the shop all day. Ryan Saranich will be here to demonstrate and samples will be available to try. This is a great opportunity to check out these reeds for yourself. Please RSVP if you would like to attend.