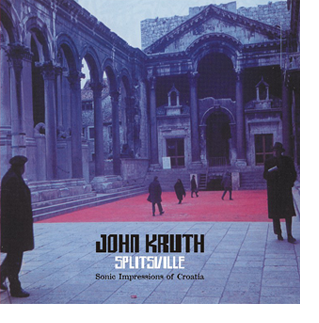 Genre: Everything from folked-up funk to blitzkreig bluegrass

Splitsville is the latest from mandolin player and multi-instrumentalist John Kruth, and in it we find him mixing the old-world sounds of Croatia with a new-world, New York-edged, folk-blues balladry.

Having recently witnessed Kruth in person ripping and shredding on mandolin with a jazz quartet, I was surprised to encounter the traditional, down-homey vibe that permeates Splitsville. What’s great is that each track has a relaxed feeling, the ease with which he handles his instrument transfers perfectly to album. Songs about sad-eyed girls in the market mix with instrumental finger-picking gems, with gentle accordion backing; in others, Communist-era artists are carried away by government thugs, and old generals proudly stand behind their wartime decisions. His characters come alive on each track, as the story he unfolds twists out.

The story behind this album goes something like this: Kruth traveled back and forth within Croatia from 2003-2006, and in the summer of ’06 recorded in Split with Vinko Dodovic on accordion and Zlatko Bodaric on guitar. Then after arriving back in the States, he hooked up with Jonathan Segel and Victor Krummenacher of Camper Van Beethoven, and again later with Matt Daria, Jeff Hamilton, Paul Kneevers (who also engineered and co-produced), John Sparrow, Josh Tovar and Lodi Capri.

Taken together, these sessions result in a mixing of atmosphere a bit, particularly when one of the old-world folk tunes changes to a mid-tempo rock beat, but on further listen, I wouldn’t expect an American to go to Croatia and make a completely Croatian album. Kruth’s styles come through clearly on these tracks, they go from one to another, but ultimately the naturalness of his delivery and the great playing throughout, especially with Kruth’s mandolin, make this album a solid impression of a time and a place in Croatia.

John is also a member of TRIBECASTAN