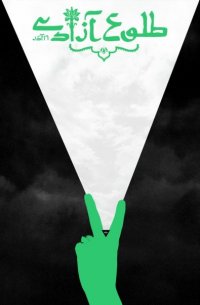 Text by WHERE IS MY VOTE – NY

Hello all.  This is the first of a new series of news updates brought to you by Where Is My Vote-NY.  These updates are designed to summarizes recent events inside and outside Iran and keep us all better informed.

By all accounts, the turnout for protests on Monday, December 7, and in the following days was massive. Videos emerged of protests at dozens of universities. For the first time, provincial cities were at the forefront of the movement; students in Ghom, Tabriz, Kashan and Mashhad were notably active. Sporadic violence and arrests were reported mostly in Tehran[ss1] . (http://www.facebook.com/l/741e8;thelede.blogs.nytimes.com/2009/12/07/latest-updates-on-new-protests-in-iran/)

The most notable arrest was that of student leader Majid Tavakoli. Immediately following his arrest, the Fars news agency, affiliated with the Revolutionary Guard, published a photo of Tavakoli wearing a black veil (chador). This attempt to humiliate him backfired immediately, with thousands of Iranian men posting photos of themselves wearing the veil in a show of support for Majid Tavakoli. (http://www.facebook.com/l/741e8;thelede.blogs.nytimes.com/2009/12/10/more-support-for-detained-iranian-student/)

On Thursday, December 10, the state-run television network aired video footage of unidentified individuals tearing a picture of Ayatollah Ruhollah Khomeini, the founder of the Islamic Republic. This act was seen by many as an attempt by the coup government to create public outrage at the desecration of Khomeini’s image. Opposition leader Mir Hossein Mousavi quickly denounced it as a highly suspicious act and possibly a trick by hardliners (http://www.facebook.com/l/741e8;www.csmonitor.com/World/Middle-East/2009/1214/Iran-protesters-say-torn-Khomeini-photos-were-staged). He subsequently said he would request a permit to demonstrate against those who tore the photo of Khomeini. Following his statement, hundreds of students gathered inside Tehran University holding green photos of Khomeini.

On Sunday, December 13, Supreme Leader Ayatollah Khamenei, detailed his perceptions of the Green Movement and the events that followed the elections. His speech was at times threatening and at times conciliatory towards the leaders of the opposition. He blamed the country’s troubles squarely on foreigners and ordered opposition leaders to distance themselves from protesters and refrain from opposing the Islamic Republic, calling them his former brothers. (http://www.facebook.com/l/741e8;www.leader.ir/langs/en/index.php?p=contentShow&id=6212)

Following Khamenei’s speech, news agencies such as Fars and Kayhan intensified their attacks on opposition leaders, calling for the arrest of the heads of the “conspiracy.” At the same time, Intelligence Minister Heydar Moslehi, as well as former judiciary chief and current Guardian Council member Ayatollah Yazdi, stepped up their criticism of Ayatollah Rafsanjani, head of the Assembly of Experts (the body theoretically in charge of choosing and monitoring the supreme leader). (http://www.facebook.com/l/741e8;enduringamerica.com/2009/12/16/iran-document-the-rafsanjani-speech-in-mashhad-6-december/) Rafsanjani was accused of speaking “in line” with protesters and  “promoting” the idea that the supreme leader should step down if the people so desired. Earlier in the week, while in Mashhad, Rafsanjani had criticized the coup government for deploying the Basij and Revolutionary Guard against protesters.

On Tuesday, December 15, Mousavi and former Iranian president Mohammad Khatami addressed Iranian students in separate video messages. Khatami encouraged students to stand against what he called “the coup government,” reminding them that they are at the forefront of a 100 year-old struggle for civil rights. Mousavi encouraged students to continue their resistance, urging them to be alert and to avoid falling prey to the government’s provocations.

Friends, we hope that you found this news summary useful. Please do not hesitate to share your thoughts and ideas with us. We encourage you to visit our website athttp://www.facebook.com/l/741e8;www.whereismyvoteny.com.