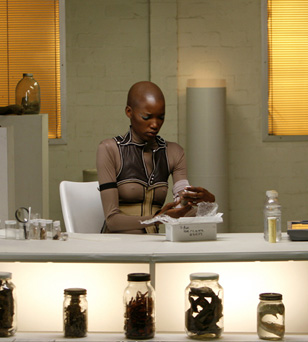 PROCLAMATION OF A GRIOT

Fifi Dalla Kouyate is a griot, storyteller and artist with a majestic stage presence. In her performance, she will be the voice and live memory, representing the fathers of the emancipation, the liberation and the union of all African countries! For two nights only, Ms. Kouyate will perform her performance of proclamations of independence.