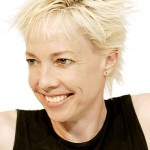 Former “punk ballerina” Karole Armitage, who has choreographed for everyone from Baryshnikov to Michael Jackson, “is always pushing the limits of possibility, spectacularly deconstructing the body with a diabolic flair” (Le Nouvel Observateur, France). In ITUTU, her company shares the stage with the West African band Burkina Electric to create a haunting amalgam of dance and live music that combines ballet and African dance, electronica and ancient rhythms—a uniquely modern synthesis of new and old, pop and tradition.

More about Karole Armitage and Electric Burkina in DBDBD. 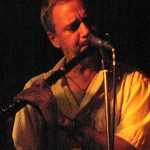 Sylvain Leroux will present his new “Quatuor Créole” (Creole Quartet) featuring the legendary Karl Berger on piano and vibraphone. The event will be broadcasted live on the Internet. Please refer to www.fulaflute.net for the details.

Sylvain Leroux is a French Canadian flutist and saxophonist who has been active on the NYC African music scene for many years. He is the founder and leader of the innovative groups Fula Flute, and Source w/ Abdoulaye Diabaté. He was noted for his contribution to bringing the tambin, or Fula flute — the flute of the Fulani people of Guinea — to the attention of the world with the release of the CD “Fula Flute” in 2002, and with his efforts in integrating the instrument to current musical contexts. More about him in DBDBD.

A musician of uncommon depth and finesse, Karl Berger is a six time winner of the Downbeat Critics Poll as a jazz soloist, recipient of numerous Composition Awards, Professor of Composition, Artist-in-Residence at universities, schools and festivals worldwide; PhD in Music Esthetics. He is the founder and director of the Creative Music Studio that has educated and inspired a generation of creative musicians.

Haitian percussionist Sergo Decius is known in the Haitian community as the master of conga. He is the accompanist of choice for the stars Beethova Obas, Emeline Michel, Ansy Desrose, a.o.. Sergo also had a hand in the groups Pico Ranaya, Marassa, Spash, Papash, Zigzag, Ozon, Kata, Culture Shock, and more. He worked and played with the great musicians such as Yves “Chico” Boyer, Todo Leveaux, Pierre Rigaud, Chery, Maggy Jean Louis, … He spent 3 years teaching and performing traditional vodou in Japan.

For the past ten years bassist Matt Pavolka has been a vital force in the New York Jazz and creative music scenes. He has performed and/or recorded with Joe Beck, Candido, Elysian Fields, House of Illusion, Geoff Keezer, Guillermo Klein, Tony Malaby, Bill McHenry and the African/World music group Imaginary Homeland, among others. He has toured extensively in the United States, Europe and Japan.

This Quatuor Créole represents a new direction for Sylvain Leroux who as a North American frenchman, long time student of “black” music — husband to a haitian — and lover of Africa has developed a new, intuitive, sense of the union of the music of these two continents.

This group’s music should appeal to the “mélomanes,” lovers of acoustic sound and refinement.

Mary Halvorson has been active in New York since 2002, following jazz studies at Wesleyan University and the New School. In addition to her own band, The Mary Halvorson Trio, she co-leads a chamber music duo with violist Jessica Pavone and the avant-rock band, People, with drummer Kevin Shea.

4. Celebrate Brooklyn! Presents OkayAfrica with The Roots and Talib Kweli

The Roots headline the OkayAfrica World Cup 2010 Finals party to celebrate the first time in its 80-year history the tournament will take place on African soil. With a kick-off by Sahr Ngaujah, the star of the hit Broadway musical Fela!, the show features performances by artists from all corners of the Diaspora, including host Talib Kweli (Brooklyn), Bajah + The Dry Eye Crew (Sierra Leone), Blitz the Ambassador (Ghana), and many others to be announced. Musically omnivorous hip-hop icons The Roots honor the fresh music of Africa jamming throughout the day with surprise guests and capping it all off with a closing set.

The king of Jamaican reggae plays alongside roots newcomers from South Carolina and Burkina Faso. More about the artists.