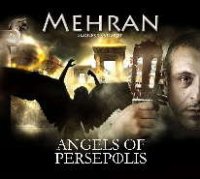 Many artists have made the connection of Persian and Flamenco music and Flamenco guitarist Mehran‘s, who’s last name is Jalili, latest effort proves to be another worthy one. The common formula of Spanish rhythms with Persian melodies has always been a great recipe and this well-produced recording was obviously well-thought during its creation. The apparent inspiration of this recording was the recent political activities in Iran and this recording honors the bravery of the citizens that stood up to the oppression of its current regime. With tasteful melodies and introspective Dark Side of the Moon-influenced introductions throughout the record, Mehran’s music transcends the standard world cross-over tag.
This recording features quality musicianship and heartfelt arrangements of each song. Some choice cuts are “Yare Dabestani” and “Ahriman” both well mixed with great guitar tone and percussion sounds that makes this recording worthy of a good listen and also stands as relaxing atmosphere music. 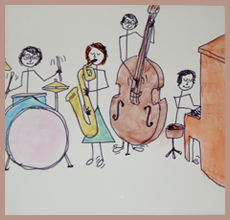 There is something tremendously refreshing with jazz baritone sax. There is a richness in quality and a personality totally separate from the other horns. No need for any comparisons to Mulligan or Carney as baritone saxophonist Claire Daly is a four time winner of the Downbeat Critic’s Poll “Talent Deserving Wider Recognition” and winner of the Jazz Journalist Association “Baritone Sax of the Year ’05” category. Her release “Rah!Rah!” is an interestingly imaginative recording that has a considerable amount of personality in repertoire, arrangement, solos, and feel. Her playing is distinct and she is backed up by a great band featuring Eli Yamin on piano, Dave Hofstra on bass, Peter Grant on drums and Jay Martini on vocals.
Some nice gems on this recording are with Daly on Flute playing Rahsaan Roland Kirk’s “Serenade to a Cuckoo” and “Funk Underneath.” She also shines with her flute and her pen with a beautiful composition titled “Momentus Brighticus.” Of course her Bari chops prove spectacular throughout the rest of the recording with lyrical solos and great tone. A bright moment happens on Kirk’s “Volunteered Slavery” when the band morphs into Sly Stone’s “Everyday People.” This is a tasteful recording from a seasoned veteran musician that for certain has her own voice.