As you might know I had been living in Tokyo for more than a hundred years. My Tokyo life was about music, studying Japanese culture, and Kendo. For my living, I worked as a German and English teacher, and sometime later I ran a music business. I left Tokyo in 2008 because I felt I needed a change in my life. In December of 2007, my wife and I took the chance to participate in the Green Card lottery. My wife won and, of course, I lost. But being her husband made me a winner, too.

To be a foreigner, a gaijin as Japanese would call him or her, was a special experience. I was a lucky one because I was a white (hakujin in Japanese) one. Up to now, foreigners of other skin colors were not popular in this country. Especially when you tried to find an apartment or apply for a job, white gaijins had an advantage compared to the other colored foreigners. 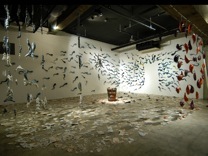 During my stay there I had met a lot of foreign indie musicians who lived in Tokyo, and tried their luck in the music market there. Unfortunately most of them couldn’t make it. Only musicians, bands or djs who came from abroad were able to get booked and tour Japan or signed to an indie label. The main reasons that they could come were either a Japanese fan, or a Japanese girlfriend or a Japanese musician as an exchange of a favor would help them to come to perform in Japan. Usually the Japanese party would do everything for them, such as managing, accommodations, catering and sight-seeing.

You could say in general: Japanese love everything that comes from outside. Anything that doesn’t look or smell Japanese, is cool for them! 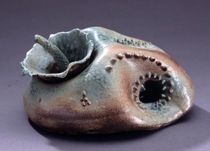 But then on the other side you have foreigners who study and perform Japanese traditional music in Japan. They are treated in a totally different way: they are somehow accepted by the public and the Japanese classical musicians due to the fact that these foreigners are taking the pain to study their culture which isn’t very popular in the Japanese society. They are more passionate about Japanese classical music than their Japanese counterparts. I know a couple of foreigners who became masters on the taiko, shakuhachi, koto, shamisen and even singing.

Here is one American who I would like you to know who seems to like Japan and have a good time there. He isn’t a musician but, originally from Philadelphia, Daniel Harris Rosen  first went to Japan in 1990 when he fell in love with clay and traditional Japanese pottery. Daniel would go on to spend most of the ‘90s in Japan doing writing and production work, but he always reserved the weekends for time behind the potter’s wheel.

In 2000, he returned to the United States to formally study ceramic arts and spent over three years in the University of Hawaii at Manoa art department honing his craft. During that time, Daniel’s work was exhibited at both state and national exhibitions in the United States, and he gained a local following on the island of Oahu where he lived. 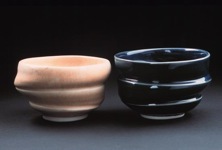 He moved to Tokyo in 2004 where he took a break from vessels and began doing large-scale installation work. In March of 2007 he graduated with a Masters of Fine Arts from Tama Art University and was accepted into their doctorate program immediately after. His present research and studio work focus on reexamining the boundaries of ceramic arts in a 21st-century context.

Since 2006, Daniel has been a core member of the Tokyo-based Art Collective Rinpa Eshidan which became an overnight internet sensation that same year. With Rinpa, Daniel has shown his work throughout Japan and the world in exhibitions and live-art installations.