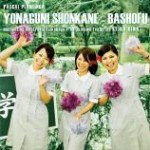 Here Plantinga builds ebullient, lush backgrounds using bass and electronics for two traditional Japanese songs, sung by Okinawan Keiko Kina (daughter of Shoei Kina, the great Minyo singer and sanshin player). There’s a pulse across these two songs and simultaneously an unrushed quality, a spaciousness that is filled with the pluckings of the samisen and the rich lilt of Kina’s vocals. Old and new work together well in this space. 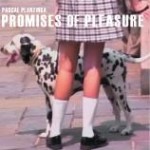 For this release, sound recordings were developed into a series of songs in the studio after a variety of players in Plantinga’s circle came around and added their individual marks to the compositions he had started up. Each song has some sounds recorded at Schiphol Airport in Amsterdam, which was then manipulated and built upon to create the ambient and electronic final project. Spoken word pieces about the strangeness of a new city and loss mix with other almost danceable tracks; on others Plantinga’s whispered, throaty storytelling recalls Lee Ronaldo’s and Thurston Moore’s solo projects. Effects on vocals, dubby bass lines, glitchy layers of ambient background noise, and rooted percussion make this a moody, slow-building and introspective collection of compositions that wouldn’t have been out of place on the Lost In Translation soundtrack, (imagine an impossible love walking away from you down a hallway in an airport, and you’re waiting for that one last look back.) 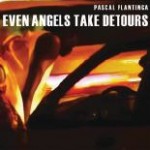 What’s amazing about this show is how effortlessly Plantinga pulls off these songs live. At first, it sounds like a studio recording, break beat drums and samples on top provided apparantly by Pyrolator, with bass and vocals by Plantinga, and the sax of Sohrab Saadat Ladjevardi on a few tracks, but then when they stop you hear the crowd at The Stone (one of NYC’s smallest avant garde, experimental spaces, owned by John Zorn) come in with warm applause. Again and again, on each song, the electronics and the live sounds mix so well, its obvious that Plantinga knows how he wants his music to sound, and can make it a reality live.

All records available on limited edition vinyl (250 copies each) and by download via Ata Tak Records .