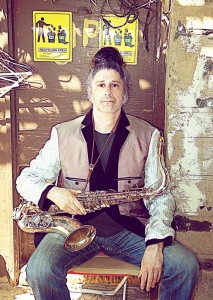 The CD release party for SoSaLa‘s Nu World Trash  is set for March 6 at Manhattan’s Nublu (62 Ave C, between 4th and 5th Street in the Lower East Side. 9pm to 11pm – Ticket: $10), with Sohrab Saadat Ladjevardi on sax and vocals, Damon Banks on bass, Michael Wimberly on drums & dembe, and Sinan Gundogdu on oud  and new member Brian Prunka on guitar. Guest appearance by Sylvain Leroux on fula flute who played on three songs in the CD with openers Al-Amar Ensemble.

The Al-Amar Ensemble is a new group to hit the NY scene, assembled by Timba Harris of Secret Chiefs 3 on the heels of his recent move from Seattle, in collaboration with drummer and percussionist, April Centrone (New York Arabic Orchestra, Secret Chiefs 3), and featuring Harris’ longtime colleague / renowned composer Gyan Riley on guitar, and stunning oud player and luthier, John Vergara (NY Arabic Orchestra). The combination is a new avant-garde, marrying Arabic music and tarab with rock, soul, sensuality and intense energy.

This is the premiere performance of Al-Amar Ensemble, and SoSaLa is excited to be joined by an Arabic influenced group for a night of Nu Iranian and Nu Arabic music. 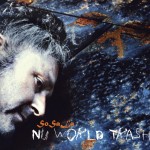 The CD is available at  http://www.cdbaby.com/sosala

The CD and download card can be also bought at the venue.