I love YouTube…and by chance I found this short documentary film in YouTube. Visually and musically this film is so beautiful that I decided to post it in DooBeeDoo. This short film says so much in such a short time. It tells and shows us about one thing that we aren’t aware of in our daily lives. Guess what? 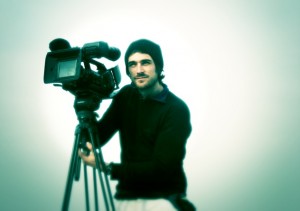 Speaking of this short film

FOLI (2005), which means rhythm in  Malinke,  is an eleven minutes film by the Dutch film makers Thomas Roebers and producer  Floris Leeuwenberg. The location of the film is in Baro, a Malinke village in Guinea. The film is showing the “rhythmic” daily life of Baro. You not only see rhythm but feel it in this film. The recording and sound design was done bu Bjorn Warning.

I am an independent filmmaker from Amsterdam, the Netherlands. I feel great joy in filming details of life in such a way that they show all is one. film is my tool of choice. it’s a fascinating and extremely powerful story teller.