Over the past 40 years, the War on Drugs has cost more than $1 trillion and accounted for over 45 million arrests. The U.S. holds 25% of the world’s prisoners, yet accounts for only 5% of the world’s population. Black individuals comprise 13% of the U.S. population and 14% of drug users, yet they are 37% of the people arrested for drug offenses and 56% of those incarcerated for drug crimes.

As America remains embroiled in conflict overseas, a less visible war is taking place at home, costing countless lives, destroying families, and inflicting untold damage  upon future generations of Americans.  In forty years, the War on Drugs has accounted for more than 45 million arrests, made America the world’s largest jailer, and damaged poor communities at home and abroad. Yet for all that, drugs are cheaper, purer, and more available today than ever before.
Filmed in more than twenty states, THE HOUSE I LIVE IN captures heart-wrenching stories from individuals at all levels of America’s War on Drugs. From the dealer to the grieving mother, the narcotics officer to the senator, the inmate to the federal judge, the film offers a penetrating look inside  America’s longest war—a definitive portrait revealing its profound human rights implications.
The film recognizes the seriousness of drug abuse as a matter of public health,  and investigates the tragic errors and shortcomings that have meant this symptom is most often treated as a cause for law enforcement, creating a vast machine that largely feeds on America’s poor, and especially on minority communities. Beyond simple misguided policy, the film examines how political and economic corruption have fueled the war for 40 years, despite persistent evidence of its moral, economic, and practical failures. 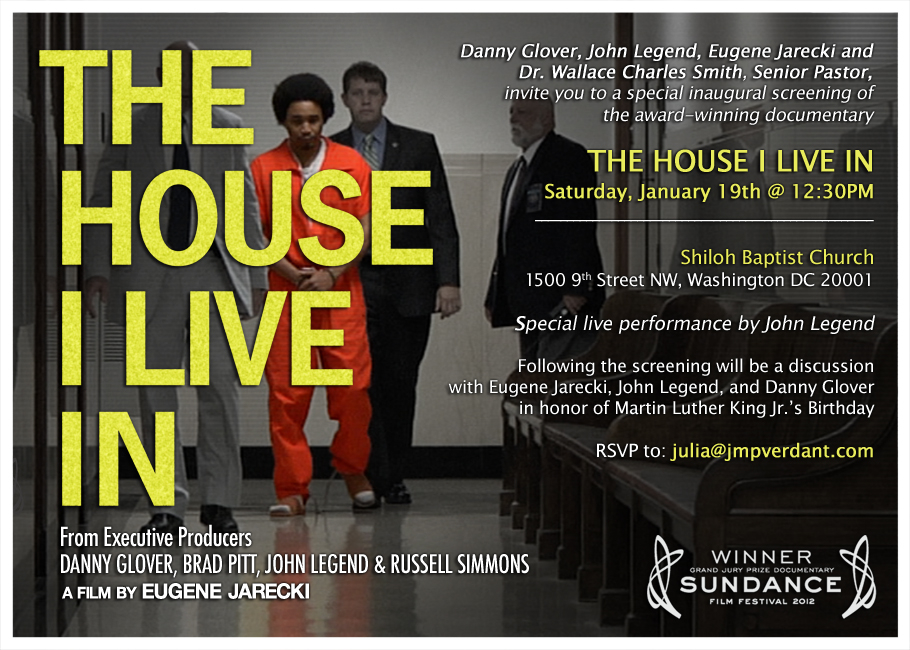