This very interesting article was provided by Metal Postcards Rec‘s Sean Hockings. With Thanks To the author Julien Poulson of The Cambodian Space Project and Phnom Penh’s entertainment and listings website Leng Pleng 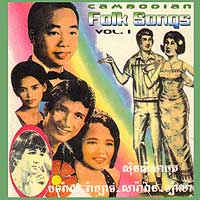 Lately, I’ve been on the receiving end of some interesting and inquisitive emails from musicians and filmmakers around the planet who are writing to ask about Cambodia’s music scene. They want to come here – they’re ready to get on the plane – tomorrow! They say and they tell me it’s because they sense there’s ‘something in the water’ there’s something going out there… or at least that’s what they’ve heard from others and hell… it sounds like a great place… Sure it is, and if this week’s gig guide is anything to go by, it seems more and more musicians and artists are traveling all this way out here just to get a taste of the action.So, here’s an attempt at some sort of summation of what I thinks been going on ‘out here’ and I’ll begin by borrowing the lyrics ‘from hooker bars to opera houses’ penned back in the early ‘70’s by ‘lost’ and recently ‘found’ rocker Sixto Rodriguez. The sentiment of Rodriguez’s storytelling song “A Most Disgusting Song” easily fit with describing the deep, eclectic, electric, beautiful, beguiling, often haunting, tragic and intensely vibrant story of Cambodia’s strange but virile music scene…

Let’s backtrack: At the height of the Cold War, a small Kingdom in South East Asia was dancing to a new beat – music inspired by the sounds of the British Invasion bands along with GI Radio spilling into Cambodia over from the war in Vietnam. Phnom Penh was tuning into new frequencies and rocking to the sounds of the Kinks, the Yardbirds, The Beatles, The Animals along with US counterparts, CCR, Jimi Hendrix, Ike and Tina, the Doors, perhaps even more underground influences like The Velvet Underground or The Stooges, nice to imagine but hard to tell. At the time, the small capital city of Phnom Penh would have been full of ‘characters’, getting around by riding the cyclos to the markets, the bordellos, the opulent hotels, dim lit opium dens, a litany of strange bedfellows, from Princes and Princesses to mysterious operatives, CIA to KGB, diplomats to degenerates, all rubbing shoulders in this faraway Kingdom. In many ways, not much has changed today, you’ll still find equally exotic, international cast of characters here and now.

Circa 1967, Prince Norodom Sihanouk was seemingly able to take time out to produce movies and records at a time when he was involved increasingly dangerous political dance, breaking of relations with the USA, hosting a visit from Jackie Kennedy, allowing the North Vietnamese to establish bases within Cambodia and banking on China’s good will. On 11 March 1967, a revolt in Battambang Province led to the Cambodian Civil War while the Vietnam War began to spill across Cambodia’s doorstep. In Phnom Penh, singers like Ros Sereysothea “The Golden Voice of Phnom Penh“, Sin Sisamouth, Pan Ron were still busy, releasing astonishing amount of superb 60s garage sounding records and continued to do so, despite all the turmoil of the Lon Nol coup in 1970 and the devastating civil war the ensued, right up until the moment the Khmer Rouge took control of the country and ripped out the heart and soul of it’s culture. In 1975, music was outlawed and the vibrant, psychedelic sounds of the Cambodia rocknroll were switched off.

In just a few years almost two million Cambodians, including most of musicians, were killed. One of the saddest accounts of what happened to Cambodia’s music greats during the Khmer Rouge years is one that describes a macabre scene, apparently Sin Sisamouth’s killers allowed the King of Cambodian rock to sing one last song, allegedly they were moved by his emotion laden voice and beautiful song but then they murdered him anyway. Details of how Ros Sereysothea, Queen of Cambodian rock and her second to the throne, the vivacious and enigmatic Pan Ron, are vague, they vanished in the Killing Fields of Cambodia, most likely to have been brutally murdered by cold-blooded killers.

Rare video of Ros Sereysothea as a paratrooper to the tune of “Somlang Gitar”: http://youtu.be/f8Cwvq3jzQ4

Today, Cambodia is in the midst of an important cultural revival and the reverberations of Cambodia’s pre-war sounds are being felt more strongly and are now more influential than ever. These echoes from Cambodia’s haunted music past bring the colour and the character to today’s scene. Musicians, record labels, filmmakers, circus producers, old punks, young punks, fashionistas, visual artists, promoters, record labels, culture addicts, Cambodia addicts, can’t get enough of it all. A new and vital culture has emerged, proving how the futile the genocidal Khmer Rouge regime’s attempts to destroy culture were, they would never completely extinguish the sounds and songs of Cambodia’s rock & roll spirit, the heart and soul of it’s culture.

Along the way, Cambodia’s music story has included a myriad of outsiders; punks like the Dead Kennedys released their most graphic hit “Holiday In Cambodia” an odd homage to the debauchery, depravity and the debased state of the Khmer Rouge. 80’s pop icon Kim Wylde had a worldwide hit with “Cambodia”. In the 90’s US retro label Sublime Frequencies’ compiled the superb Cambodian rock albums and these re-releases of 60’s songs pricked up ears everywhere.

In LA revivalists Dengue Fever came up with the concept of appropriating the South East Asian kitsch and put new a face to the old Cambodian songs and soon found widespread fame with this exciting new take on the lost rocknroll of Cambodia.