(This is an informative commentary written  by one of my favorite jazz writers Nat Hentoff who’s been very supportive of the J4JA campaign for a while. I would like to share it with you. If you “like” it please distribute it in your Facebook page. – Sohrab Saadat Ladjevardi, DooBeeDoo editor) 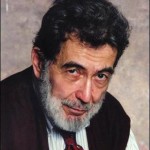 On the evening of October 18, 2012, a jazz band of six members of Local 802 of the American Federation of Musicians, followed by 50 supporters, demonstrated in front of New York’s most prominent jazz club, the Blue Note, as part of a continuing campaign to bring into being Justice for Jazz Artists that has caught and sustained the attention of the national American Federation of Musicians for a possible national campaign.

Of all I’ve written on jazz for some 67 years, this venture may seem, including to jazz players, very unlikely of fulfillment, though it would strengthen the very future lives of many jazz musicians.

The unprecedented scope and importance of this campaign has been explained by Local 802 vice president John O’Connor:

“We seek a national network of clubs where musicians can expect fair wages, a regular pension contribution – and this for AFM members and nonmembers, alike – and some ability to negotiate their working conditions, not to mention more ownership of their own music as recorded in the club, especially in regard to new and future use.”

The concept of jazz pensions is not revolutionary.  Pension agreements have been negotiated for players in Broadway shows, for example, and even with the Lincoln Center Jazz Orchestra, all of whose musicians are vested in the national AFM’s musicians’ pension fund through their own efforts.

(This is the rally report Mr. Hentoff was referring to in his article above)

(This is a report of the last rally)