New York mainstay Thomas Doncker was recently asked to be the musical director for Diablo Love (a love story by Mando Alvarado, directed by Alfred Preisser, featuring live music that features Dockner’s re-imagining of songs by Howling Wolf – a.k.a. Chester Arthur Burnet. It will be presented at Central Park SummerStage, in honor of Wolf’s 103rd birthday), and released an EP of music by Howling Wolf. And in doing so, he was taking on a great burden. 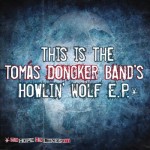 A cold razor of a blues lick on guitar, with a Hendrix wiggle stick far in the distance, giving way to a syncopated funk beat dominated by a harmonica begins “Spoonful.” The interpretation brings to mind the darkness of the life that Wolf was singing about (interpretations vary; some say it’s about a lover’s jealousy, others about drug addiction, or other intense cravings) .

Other interpretations of the Big Bad Wolf’s songs that stood out included “Shook Down”; an almost jazzy lament for the pain of broken love affairs. The obligatory “Smokestack Lightning” was treated with a strange combination of delicacy and a shamanistic emotional violence (with a nearly threatening admonishment that “the blues you think you hear is not the real blues”). The EP closes with a reinterpretation of Willie Dixon’s “Back Door Man;” which, like “Spoonful,” was done in Wolf’s style.
The vocals do justice to the songs, and the band brings a freshness to the songs, without straying far form the blues form. One thing that was very noticeable was the tight interplay between the guitar and harmonica; they were locked in sync quite well. The harmonica playing was quite brilliant, in fact.

A tribute to any blues legend is an ambitious project: for no reason other than the delicate balancing act between staying true to the tradition, and bringing something new to the table. To tackle the music of Howling Wolf (who, legend has it, went to a graveyard one night, and met a man who tuned his guitar; and had been howling at the moon to his dying day – at the very least was a formidable individual one did not trifle with) and not sound like yet another blues player rehashing the same old tunes. Doncker and his crew handled this very well.The whole EP invoked the sound and spirit of Wolf’s music into the 21st century, and did it justice. 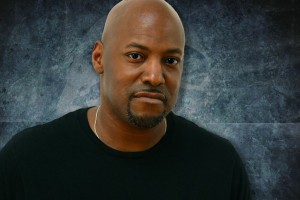 The summer of 2013 is shaping up to be quite exciting for Tomás. He has been chosen to create the score for critically acclaimed playwright Mando Alvarado’s Diablo Love. It will be directed by Alfred Preisser and premiered  during the course of 9 performances at N.Y.C. SummerStage Theater (Presented By Time Warner) from August 2 through August 24, 2013.

Diablo Love is a fantastical love story featuring live music that re-imagines songs made famous by American Blues singer, guitarist and harmonica player, Howlin’ Wolf along with original compositions by Tomás Doncker. This production provides audiences with a masterful live soundtrack of Blues/Soul music and sets the stage for a dynamic theatrical performance about love, lost souls, and the fiery pits of hell…