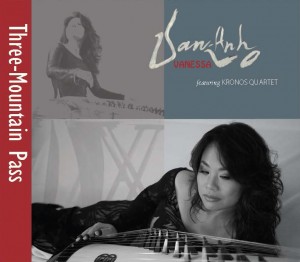 The first track of Three Mountain Pass leaps out at the listener. A solo piece performed on the danTranh (a 16-string Vietnamese zither with movable bridges and the springy, bending tones, resembling the koto), adopted from a traditional opera by Cải lương. Silvery threads of sound leap about in a primordial dance. Notes glide and bend into each other with precision and beauty. One is drawn into this arcane poem of slippery metallic tones and almost indefinable notes, leaving the listener wondering why this strange language speaks so eloquently to one’s spirit. In a time when highly skilled Asian musicians (not to mention attractive female Asian musicians) seem in a surplus, Van-Anh Vanessa Vo stands out as someone with something unique to offer.

Van-Anh began studying danTranh from the age of four, and graduated with distinction from and taught at the Vietnam Academy of Music. In 1995, Van-Anh won championship in the Vietnam National Dan Tranh Competition, and first prize for best solo performance of modern folk music. She has since performed in over fourteen countries. Her first CD Twelve Months, Four Seasons was released in 2002. She also recorded the soundtrack for the documentary Bolinao 52, for which she won an Emmy, the soundtrack for Daughter from Danang (a 2003 Academy Awards nominee) and co-composed and recorded for the recent documentary A Village Called Versailles, winner of the New Orleans Film Festival Audience Award. Van-Anh also performs as soloist on the the pitch-bendingmonochord danBau, the 36-string hammered dulcimer (dan tam thap luc), the bamboo xylophone (dan t’rung), the k’longput, traditional drums (trong), and Chinese guzheng. She lives and teaches in Fremont, California.

The CD continues with “Gnossiennes No. 3” by Erik Satie that Van-Anh explores through the paradigms of an instrument Satie doubtless had no intention of composing for. On this track, she plays the danBau and the bass danTranh. The original feel of the piece is not lost; in fact it succeeds in conjuring imagery of its native country. But Van-Anh takes it to an underground subculture wherein it finds a side of life it never knew it was missing.

On the title track, Van-Anh effectively evokes the imagery and visceral feeling of walking on a road between mountains during a foggy mid afternoon. Hang (a metallaphonic percussion instrument) and other percussion sounds take over, and a rhythmic pattern on the hang forms the metallic, watery backdrop over which she sings. Her vocals came across almost as a Far East incarnation of Diamanda Galas (without the gothic darkness and sadomasochism). The hang eventually takes over, and drive the piece toward. Percussionist and vocalist Jimi Nakagawa joins her on this.

On “Green River Delta” the Kronos Quartet performed with Van-Anh. Solo violin (performed by David Harrington) begins with a melody so authentic Vietnamese, one has trouble identifying it as a violin. The cello takes over, and opens the way for the ensemble. They present a piece of amazing complexity with melodies dancing about like small creatures from a fairy tale, and intonations that are at once startling to the western ear, yet are so beautiful one is almost disappointed when the piece draws to an abrupt close on an unexpected note. 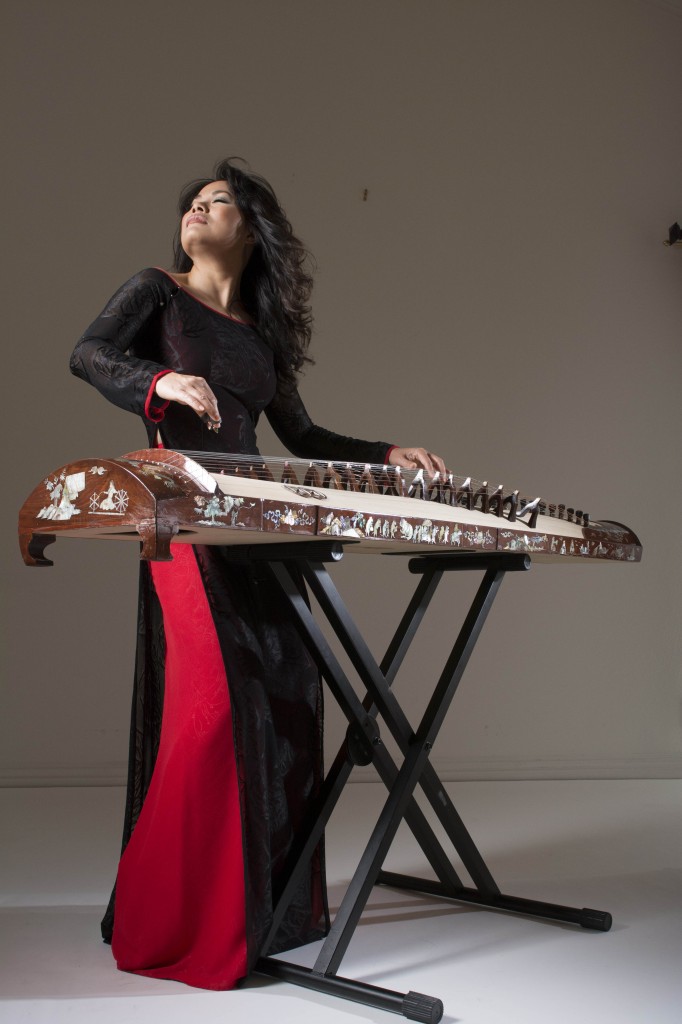 On “Mourning,” she plays three  danBaus. The counterpoint created between the three instruments creates an operatic effect. Each part has s distinct personality, and they interact with each other in a way that can only be described as dramatic. This is not a song; this is more of a three sided dialogue coming to grips with an emotional upheaval each voice seems to share a part in.

Van-Anh returns with the dan tranh on “The Legend.” The instrument’s watery and metallic voice are presented in a song. Here, she explores motifs as well as ontological manifestations of notes. Nakagawa and and keyboardist Francis Martin join her.

This collection concludes with “Go Hunting.” Van-Anh plays the dan t’rung, and Nakagawa returns on percussion. The two leap about with a feel that could almost be called playful were it not so ferocious. The piece builds to a violent climax that never once loses the sense of delicate wonder that permeates this whole recording.

Van-Anh’s overall musical technique, instrumental and vocal, is marvelous. The perfection of her intonation while bending the sustaining notes in daredevil glissandi seems to embrace the ears and insinuate poetry. She is also a clear master of the silence between notes; an art that often eludes even the most skilled of musicians. Yet there is a clear indication of the listener being introduced to an unknown world filled with delights one never knew one longed for, and depths of drama and upheaval.