In honor of International Friendship Month, children’s performer Dave Jay is donating all CDBaby download sales of his album Balloon To The Moon during the month of February to Music That Heals, an organization dedicated to “bringing the healing power of music to seriously ill children and adults.” 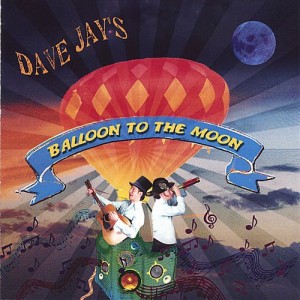 Purchase Balloon To The Moon on CDBaby here.

All proceeds benefit Music That Heals.

Community outreach has long been a part of Dave Jay’s mission to raise children’s spirits. The singer has an ongoing relationship with Music That Heals, and has performed his highly acclaimed show, Kids Love Dave Jay (KLDJ), for the organization along with many others including, the Special Kids Intervention Program. “Dave has a sensitive insight into the needs of these special children,” says Program Director Natalie Postelnek.

Dave Jay uses character-driven original music, physical humor and his exuberant personality to delight kids of all ages. His highly acclaimed KLDJ show incorporates rhythm, movement, a puppet and other fun surprises to get children on their feet, joining Jay in song and interacting with characters like Buck B’Gak the chicken or The Beatles. Kids and adults can’t resist the infectious energy Dave Jay brings into the room. “I see myself as an artist” remarks Jay, “the children’s smiles are the works I passionately create upon my canvas.”

Along with performing, Dave Jay has written and produced original educational songs for Ignite!Learning, whose animated shorts are used in the classroom setting. He is the creator of The Punctuation People and One Minute Autobiography, his own line of Insightful Entertainment videos, designed to teach kids in a fun way (think Schoolhouse Rock meets Sesame Street). He’s appeared on ABC’s “The View” and been featured on MTV. 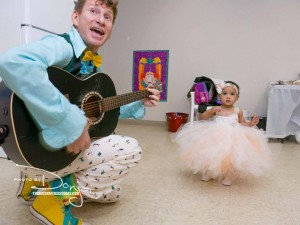 To learn more about Music That Heals visit: www.musicthatheals.org