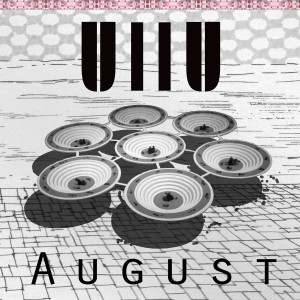 UllU is the Hindi word for owl. In South Asian tradition, the owl is thought of as a foolish bird (unlike the opposite assessment in Western tradition). This is the surface appearance presented by UllU, a duo consisting of Chris McIntyre (trombone, Nord Lead 2) and David Shively (feedback, drumkit, tapes, combo organ, and siren). The duo produced, edited, and mastered the recording.

A more or less equally tempered C drone opens the first track, “A Better Path to the Water.” Gentle flute-like melodies come from the trombone. Vague rhythmic patterns and ambient effects appear and disappear at unexpected intervals, as the trombone becomes more recognizable as itself, and then deconstructs the melody. A second horn voice introduces itself, and converses with the first. The sounds play strange intervals, invoking unusual harmonics as beat frequencies introduce themselves, and then make discreet exits. From time to time, a contrasting sound rises out of nowhere and breaks the hypnotic effect of the drones. These end in a series of startling melodies.

“With Trombone and Organ” opens with long tones and suggestions of sombre chords on the organ over which the trombone hangs contemplative melodies. This is explored with a number of variations.

The final track “130801” Is a lengthy piece that begins with rubbery low tones that jump and glide to different intervals. Trombone and other sounds weave in and out to startling effect. As the track progresses, the sounds take the listener through strange labyrinthine corridors of their own psyches..

It is clear that the duo is using harmonics and frequencies to produce binaural effects upon the listener. This is a more “out” variation on a similar procedure used in some new age type recordings. UllU, however, take much greater artistic license, are more adventurous and daring in their application of this specific sound process, and I dare say, may be a little dangerous. Yet the danger is part of what give this recording its value. This is not “music” as most people would understand the word; although it is, indeed music. There are no songs, jams, or grooves. However, if you’re looking to experience a soundscape that concentrates almost exclusively on the psycho acoustic effects of sound, frequency, and intervals, UllU provides a worthwhile experience. You can’t dance to this; but you will trip out.