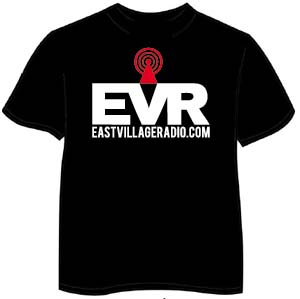 On my way to my friend’s Kickstarter fundraising campaign yesterday, I passed by the East Village Radio (EVR) station which is a small storefront studio on 1st Ave and 1st Street.
I said good-bye to this great local Internet radio station and to the DJ inside the studio who was playing electronic music.
It’s really a shame that this radio station had to close down due to financial difficulties, such as rising rents, equipment costs and the licensing fees for broadcasting music.

Maybe DooBeeDoo should start a radio station following in EVR footsteps? What do you think?

Listen here for the last time to the live stream now: http://www.eastvillageradio.com/evrplayer/liveplayer.html