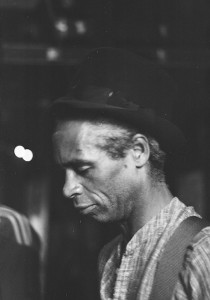 Photo courtesy of On Ka’a Davis

Full disclosure: On Ka’a Davis is a friend of mine. Not only that, but I’ve had the privilege of playing with him on numerous occasions, mostly in the radical marching band Himalayas, and also in projects of his own. I’m also a fan of his work, both as a leader and as a sideman (notably with Nick Gianni’s Evolution). This is why I’m glad to be able to review a new documentary on his life, music, and context called Djuke with On Ka’a.

In addition to having shredder-level chops, On Ka’a is one of the most creative and unusual musicians I know, devising a unique combination of jazz, funk, Afrobeat, free music, and other influences to make Djuke music. In addition, he is a longstanding member of the Lower East Side’s squatter community and creative scene. Despite this, On is not very well known outside the downtown avant-garde scene and East Village community. Hopefully this film, which was released in April and is distributed online, made by French Thomas Carillon, will start to change this and bring On Ka’a’s music to a wider audience.

DJUKE WITH ON KA’A – TRAILER from Thomas Carillon on Vimeo.

Clocking in at just under 50 minutes, Djuke with On Ka’a tells the story of on and his music, and also places it in the context of the larger history of his community. It combines concert and rehearsal footage of On and fellow musicians, interviews with creative collaborators, and historical footage of the LES. The film opens with shots of Alphabet City, once notorious, now notoriously gentrifying; and scenes of On’s apartment in a refurbished squat, and some On-designed science fiction-looking eyewear (one of his pieces was featured on the CD jacket of Vernon Reid‘s masterpiece Mistaken Identity), with On playing stormy sounds on a classical guitar. This leads to one of several interviews with On; in this one, he describes his musical influences growing up. Interestingly, he says, he came late to jazz, starting out by learning classical guitar and playing in old-school R&B bands.

Next up, we see various scenes of On in his neighborhood, greeting many people as old friends. We follow him to the Museum of Reclaimed Space, which houses a history of the East Village squatters’ movement. Through interviews with On and fellow musicians Juini Booth, Billy Lyles, and Andrew Lamb interspersed with scenes of the East Village, we hear about the struggles and triumphs of the movement, concentrating on the wildly creative and ubiquitous music that was being created and performed in late night underground shows in the squats. Visually, we see that the squats of the East Village were not all decrepit, drug-infested messes, but in some cases beautifully decorated and well-maintained by their creative populations.

The next part of the film, which forms the bulk of it, covers On’s musical journey. We see and hear the first rehearsals of Djuke music, and On explains what he was trying to do: fuse the modern music of Africa with the music of this country, mainly rock, jazz, R & B, and fusion. He explains that the word “djuke” has its origins in the Senegalese language of Wolof, and means either to jump up or pull out from the well. We see various scenes of rehearsals, and hear interviews with various collaborators, including drummer Lamy Istrefi, bassist Cavasa, and vocalist Emilie Lesbros. The focus then shifts to On and one of his longtime drummers, David Pleasant, who describes and demonstrates On’s different approach to rhythm, and how multiple meters can come together as one, playing a unified beat in 3 different meters. On talks about his goal of connecting with people, expanding their awareness and space, and opening new sonic vistas and their ideas of rhythm, elaborating on the idea of rhythmic cycles that take several measures to return to the one. These interview segments are interspersed with footage and sound of On Ka’a and David Pleasant playing an improvised duet, with Pleasant providing crazy polyrhythms while On plays Hendrix-like wails and orthogonal chords.

The focus now shifts to free jazz, and On and composer/multi-instrumentalist Tomchess talk about spontaneity, the history of free music going back through Don Cherry and Ornette Coleman and Sun Ra‘s recordings from the early ’50s. We then see On Ka’a conducting a 10-or-so piece orchestra playing one of Tomchess‘ compositions in a loft. On and Tomchess discuss multi-cultural influences, and the various degrees and gradients of free music, noting varying degrees of structure, organizing premises, and the introduction of small written parts, paying tribute to Conduction maestro Butch Morris along the way. They mention that each performance is special and intimate, and the audience knows it was just for them.

The last eight or so minutes of the film features an extended performance of On with the Famous Original Djuke Players at Nublu, the band consisting of reedmen Nick Gianni and Welf Dorr, bassist Cavasa, and drummer Kenny Wollesen in addition to On Ka’a. This was a nice way to close out the documentary, giving the viewer a chance to hear for an extended time what this extraordinary music sounds like; this cannot be done with Djuke music in only a minute or two. Unique is a word that gets thrown around a lot, but it really does fit the music of On Ka’a Davis. Like no other, he brings together some very disparate elements, and melds them in such a way that is farther out than almost anyone, and yet grooves intensely. 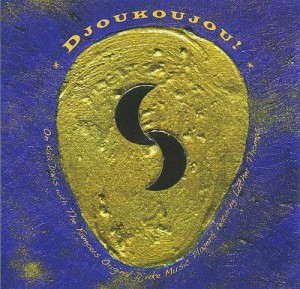 Djuke with On Ka’a is a very good introduction to the music of one of the East Village’s true originals, as well as a primer on its milieu. I’m not anything close to an expert on the technical aspects of film production, but to me the pacing, production, cinematography, and so forth seemed fine. If anything, 50 minutes wasn’t enough; I was definitely left wanting more. The squatter community on its own probably warrants a feature-length documentary. That being said, if you are a fan of On Ka’a and his music, you will want to see this film, and if you aren’t familiar, you should check out Djuke with On and learn about one of New York City’s most creative and original artists.

Concert Review: TomChess Bandit Hat… a band of virtuosos whose music must be experienced!