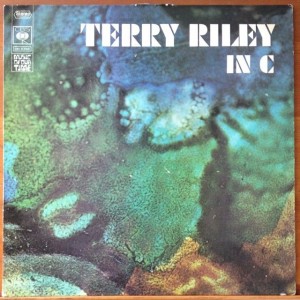 On Wednesday, September 24th, the Brooklyn Raga Massive (held, as of this writing at Art Cafe in Brooklyn) presented a performance of Terry Riley’s In C. The piece consists of 53 musical phrases, lasting from half a beat to 32 beats. Each phrase may be repeated an arbitrary number of times. Although the melodic content of each part is predetermined, each musician has control over which phrase he or she plays. The musicians are encouraged to play the phrases starting at different times, even if they are playing the same phrase.

This night’s performance – the brainchild of sitarist Neel Murghai – was a landmark in that it was one of the very few to feature predominantly Indian instruments. Murghai deftly led an enormous ensemble of 21 musicians.

Before I continue with this review, I must explain that this review is also different from others I’ve written and that you, respected reader, have read. This is so because I was a participant in the performance, and this review is written from the perspective of one who was actually on stage creating the music. This perspective is something often missing from music journalism.

The evening of the performance, I arrived, and half of the expected musicians were there for a last minute rehearsal (although Celin, Scialla, Murghai, and I rehearsed the piece the night before). We went through the piece, and it was clear that despite the fixed melodic content and limited harmonic possibilities, this was going to be absolutely no way to imagine how the performance would turn out. This was confirmed as more and more musicians arrived.

Many of the musicians were people I knew; all of whom I have immense respect for. After some minor struggles to find a way to fit all the people in the small stage space and last minute tuning, Murghai announced that we would begin. A moment later, Gupta began the eighth note pulse on the tabla that would form the rhythmic foundation of the piece. Murghai broke the ice on the melodic content by beginning the first of the 53 melodic phrases (a repeated bend from tonic to major third). The others all joined in.

As the piece began to take shape, the musicians left the confines of the unison pattern we’d begun with. Some would continue to play what had been established, others experimented with octaves or changes in note value, and a few would forge ahead to the next phrase.

As time went on, the potential within the piece began to manifest. It was clear throughout that all the musicians were paying meticulous attention to each other; but the polyphony of the ensemble made itself known. Sometimes groups of musicians would lock into unison on a particular phrase (I often found myself syncing up with the violins or sarods) and form contrasts or counterpoints against what other groups of musicians were doing. At other times the musicians would be in very different parts of the score. The melodies that emerged were positively intoxicating. There were times that the whole ensemble synched up with each other, and all played in unison before the musical elements bifurcated into smaller factions.

In C has an unmistakable raga-like quality to it. Yet, the implication of harmony was an unexpected result. The musicians were at liberty to sync up with another instrument, change the note values, or sit out. At one point near the end, one phrase was C, B, A, C, all whole notes at 120bpm. We all synced up on that, and it sounded astonishingly beautiful. And no matter how divergent the musicians were in terms of which phrase they were playing or how they played it, the piece exhibited an aspect of harmonious interaction. This was something Riley not only anticipated but encouraged; and it is a tribute to his genius that he crafted the piece in such a way that it allowed these things to happen with no possibility of predetermination (not to mention built in fail-safes against possible train wrecks). 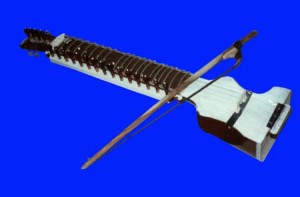 I must add a few words about my personal experience of the performance. First, I was aware that I was sharing the stage with some truly brilliant musicians. Playing this piece was a challenge. I am no stranger to improvisation, or improvisation within a set musical structure, but this particular piece is unlike others. Some of the melodies are very difficult to play on dilruba, and I found myself having to employ some very unorthodox techniques to meet the challenge (and like improvisation, I am no stranger to unorthodox approaches to the dilruba or sitar. This, however, forced me to extend the boundaries of what I was comfortable with). A few times, I sat out for a moment, not only to give others space and allow dynamics, but also to experience the beauty of the music. It was quite exhilarating to work with such a large ensemble and find new ways from moment to moment to draw new possibilities of musical beauty from the structured improvisation.

Those of you who are musicians know this feeling of transcendence quite well. It is an almost timeless moment where everything is more real than real. Those moments where we manifest the otherwise inexpressively beautiful and dramatic are among the primary reasons we are musicians. These are the rewards of our work and sacrifice.

Finally, after an hour of fascinating musical peregrinations, the whole ensemble locked in on the vacillating between the G and Bb that formed the 53rd phrase. If someone played with slower note values, or someone else started it before or after the others, it still formed a harmony. Murghai led us in a brief conducting of a final crescendo and diminuendo of dynamics, and then it ended.

The audience responded with the accolades reserved for a fine artistic performance.

After a brief indulgence in the “post-gig hang” (which every musician is intimately familiar with), discussing yet another one of those gigs where afterward we were all looking at each other in astonishment saying “How the hell did THAT happen?”, I made my last minute farewells. Another appointment awaited me. I headed out into the cool Brooklyn night and savoured the feel and state of mind and heart following a successful performance.