In one of the world’s poorest nations, the self-taught Malawi Mouse Boys have defied adversity by making gospel-like music together since they were children. They craft songs of faith and love combining uplifting harmonies with rhythmic playing on four-string guitars, built from scrap metal, and on makeshift tin-can drums. Discovered on a road trip by Ian Brennan, award-winning producer of the Malian band Tinariwen, and subsequently brought to the Womad Festival to rave reviews, the Malawi Mouse Boys work around the clock whistling and waving their wares (mouse kebabs) to passing traffic. This program is a rare opportunity to see a band from Malawi in the US.

“Transcendent, pure and full of a moving spiritual simplicity. The year’s best – and most unusual – gospel album.” – Songlines Magazine

An evening of improvisations in 2 sets.

Why are these improvisations more special than most? Because they are brand new and most likely never to be experienced again. A unique happening and configuration of space unique in its focus to never return again.

Milk River in association with True Groove Global SOUL presents a weekly Global Soul Celebration. Kicking off this collaboration will be the Tomas Doncker BAND in an evening of blues, funk, afro-beat featuring special guests. Tonight is the celebration of the release of Funky World a True Groove Club/Dub/Dance Compilation. NO COVER NO MINIMUM (but please support Milk River as you can)

About the Arabic Jazz band, Nashaz http://www.nashazmusic.com/
Transplanted to Brooklyn from New Orleans, Brian Prunka brings together jazz adventurousness, New Orleans rhythm, and years of experience with Arabic music as an essential voice in the band. Aside from leading Nashaz, he has performed internationally with Simon Shaheen, Michael Bates, Ravish Momin, the New York Arabic Orchestra, The Vancouver International Orchestra, Zikrayat, The Near East River Ensemble, and others. Joined by a coterie of top-notch NY jazz and world musicians like Kenny Warren on trumpet (Slavic Soul Party), and Vin Scialla (Snehasish Mozumder), expect an evening of seductively fascinating music.

It’s no surprise, I love Death By Audio. It’s been an extreme pleasure to get to book shows there and each one has been pretty damn awesome. Thankfully, the kind folks at DBA are allowing one last EIS show before the doors close and we’re really stoked to be doing it with some incredible bands!

These concerts are in support of Climate Action.InGardens is an annual celebration of innovative artists in NYC’s community gardens. Weekend In Garden performances bring cutting edge creative music, poetry into their community gardens. In a city full of concrete venues, the performers and audiences too rarely have the chance to experience art in beautiful, open, green spaces.

A new project of sarod maestro Amjad Ali Khan, widely considered today’s greatest sarod (lute) player whose legacy goes back six generations and who’s ancestors have developed and shaped the instrument over several hundred years, and his sons. This concert in three segments features a sarod solo represeting music from different regions of India and the Middle East; a sarod duet by Amaan Ali Khan and Ayaan Ali Khan; and a sarod trio joined by two consummate percussionists, Issa Malluf on Middle Eastern percussion and Anubrata Chatterjee on tabla.

The artists will perform North Indian classical ragas on the sarod, a stunning fretless stringed instrument able to produce swooping melismatic slides between notes by using strong pressure of the long metal fingerboard.

With its transfixing sound, rich and deeply rooted in Pashtoon tradition, Khumariyaan has reawakened a popular music scene in Peshawar, Pakistan, the ancient crossroads through the Khyber Pass where cultures have long come together. The traditional Pashtoon rubab is the meeting point for this instrumental jam quartet, which also includes guitar, the djembe-like zerbaghali (clay or wooden goblet drum) and Pashtoon sitar (long-necked lute). Khumariyaan’s rolling pulse and richly layered sound invigorates a tradition and reimagines folk music for a contemporary audience.

“…their smooth blend of the rubab and keyboards with a dash of the guitar will send you into a trance.”— The Express Tribune with the International New York Times

Can’t make it to the program? Tune in to AsiaSociety.org/Live at 8:00 pm New York time for a free live video webcast. 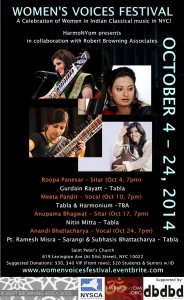 Thursday, October 9
From the Desert of Rajasthan
RAJASTHANI GYPSY CARAVAN (from India)