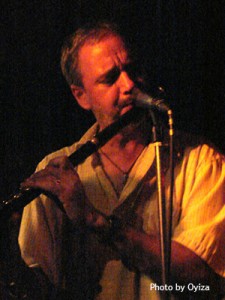 New York/ Canadian composer  Sylvain Leroux achieved what many told him was impossible: he raised $25,000 to conduct a four-month experimental music education project in Guinea. After the successful Kickstarter campaign, Sylvain arrived in Conakry, Guinea this February and used his invention, the chromatic tambin (an updated version of the local traditional tambin–or Fula flute) to teach a group of children to read and write music.

During his stay in Guinea, Sylvain wrote vivid blog posts (https://www.kickstarter.com/projects/fulaflute/music-literacy-program-for-guinea/posts) describing their adventures, teaching, the emergence of Ebola, and the challenges his students faced while composing, arranging, rehearsing, and recording a CD full of fantastic music that, thanks to Mulatta Records, will be released that day on.

The children at Conkary’s Centre Tyabala study drumming, singing, dancing, acting, and performing. They took to the flute with passion and worked day-after-day until they owned it. That spirit, intensity, and atmosphere are vibrantly captured on film and CD. 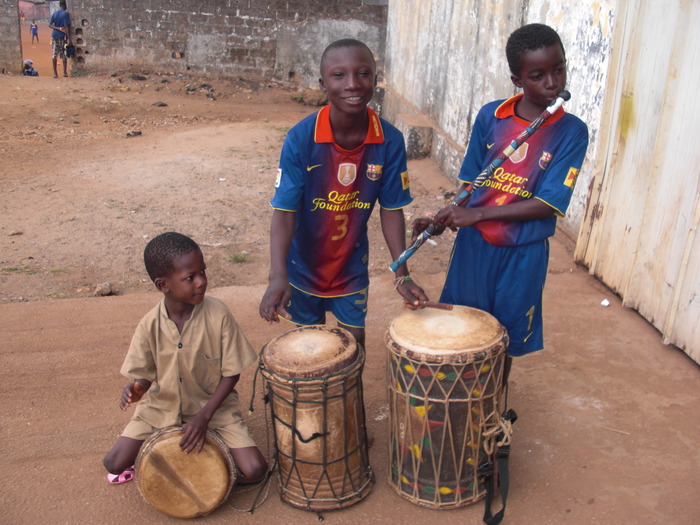 The work of photographer and videographer Bakoutoubou Doukouré who documented the experience as well as Conakry’s daily life in beautiful and sometimes arresting scenes will be on display.

Finally, the heart if this project is the tambin, the flute, and in the course of these months many were made and decorated, most as presents for our generous Kickstarter patrons. They will be displayed that night before being distributed to their owners. More will be available for purchase, as well as CDs, DVDs, and other.