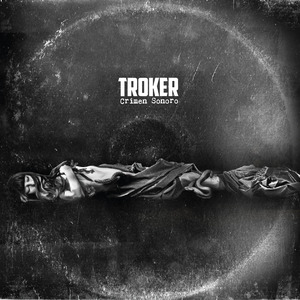 Troker is a jazz-rock group formed in 2003 in the city of Guadalajara, Jalisco, Mexico. They are an independent sextet known for their social involvement and high-energy live show. Crimen Sonora, written with live performance in mind, is Troker’s fourth full-length release.

Crimen Sonora an album teeming with paradox, is dark yet fun, straight forward yet psychedelic and most importantly is a cohesive and balanced piece of art.

The horn parts on this album are definitely a highlight, ranging from Balkan to Klezmer to Cumbia (a fusion of Native Columbian/Panamanian music and West African music) but never firmly planted in any one genre. The horns are a dominant force not because they dominate the musical landscape, but because they are used sparsely with impeccable placement. The best application of sporadic yet impactful horn arrangements can be found on the opening track, “Stranger”. 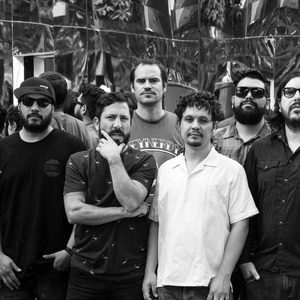 The rhythm section (I am including the keyboards and guitars because they constitute a integral part of the groove) on Crimen Sonora presents an almost combative sounding groove steeped in progressive rock/jazz and sprinkled with a dash of electronica. There are time changes throughout this music but unlike the majority of bands who frequently employ time changes, the members of Troker make these shifts in meter seem natural, unforced, and even danceable (case in point, track 8 – “El Loco”).

My favorite song on this album and an excellent example of Troker’s versatility as a band is track 7, “Arsenic Lips.” The song begins with a relaxing ethereal vibe with elements of 70’s fusion jazz, quickly becomes funky, and finishes strong with sax dominated space rock.

Crimen Sonora, a great listen all of the way through, remains diverse enough in sound to keep your attention yet subtle enough to blend into the scenery.