As some of you may recall, musicians performing in the Winter Jazzfest and the Undead Music Festival came together and launched a grassroots effort in 2011 to improve wages and working conditions. Through that campaign, hundreds of musicians won real gains in the form of a collective bargaining agreement. 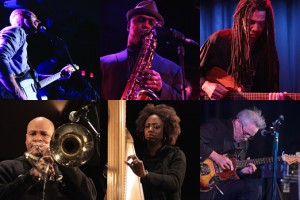 In December, a producer with KIDAM, a French television production company, contacted Boom Collective, the sponsor of Winter Jazzfest, to produce a lengthy television segment on the festival, featuring dozens of bands. Thanks to the union agreement that the musicians won three years ago, there are strong recording protections in place. Boom Collective referred the French producer to Local 802 to negotiate the terms of a recording agreement. KIDAM had originally offered $375 for each band, with no protections for future use or any guarantee that any of the $375 would be dispersed to the side musicians. This was far below established standards and was disrespectful to the musicians who put tremendous work into perfecting their craft. The AFM Electronic Media Department, which governs union recordings under national agreements, consulted with Local 802 and the Winter Jazzfest organizing committee. It ultimately put forth what it felt was an equitable price for the television use that KIDAM wanted. KIDAM accepted the terms and signed a contract that included benefits and guaranteed further payment for any use of the material in another medium.