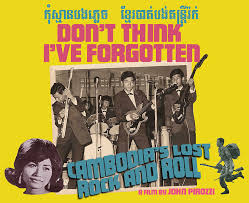 In the 1960s and ’70s Cambodia was in the grip of a musical revolution with young musicians embracing the psychedelic sounds of western rock and roll.

But nearly all traces of this era were destroyed by the Khmer Rouge regime. Now one filmmaker has spent more than a decade piecing together the lost history of Cambodian rock music for a documentary, Don’t Think I’ve Forgotten: Cambodia’s Lost Rock and Roll.

More about the film here: https://doobeedoobeedoo.info/page/2/