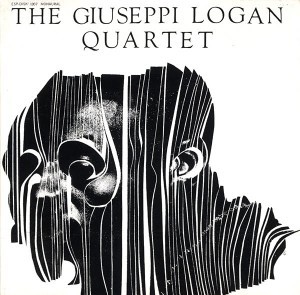 My journey to deliver an alto saxophone to Giuseppi Logan began on my lunch break. I caught my breath from the hazardous selling floor and quietly made my exit towards Herald Square. I waded through the river of tourist consumer zombies. Three of them blew smoke in my face with their usual haughty vibe. Do you addicts even know how pernicious you are? I made my way up to John Baltimore Music on 46th street. John is one of the last men standing from the purge of the fabled Music Row at 48th street. When I arrived at his showroom of hornucopia, I was immediately greeted with a hug. John and I have history. Somehow we ended up talking about Miles son Gregory, and John told me a quick story.

Miles bought a brand new Red Ferrari at one point, right before he hit Europe for a tour. He left with explicit orders to Gregory that he would not touch the car. After Miles had left, Gregory took the car all over Canada. Afterward, Gregory was at Rod Baltimore’s shop. Rod was John’s Dad, and the king of music row at the time. Miles called Rod and said he had a trumpet emergency and was flying back to New York to fix it. Gregory heard the call and ran home to clean up the car. He thought he was in the clear until Miles looked for two-quarters that he had taped to the top of the front right tire. When Miles saw the missing quarters, he knew that Gregory disobeyed him, and he threw him out of the house.

Giuseppi Logan is surely not my Dad, but I’m a sort of a second son. Jaee Logan calls me the proverbial brother from another mother. John was mad cool about the horn being worked on and didn’t charge me to have it tightened up. I brought it back to work, and then a few days later I shipped out to Far Rockaway on an early Monday, my day off, to get G the horn.

Once I reached Columbus Circle from Astoria on the subway, I had to wait for an A train to Far Rock. It took me 2 1/2 hours in total, but I finally saw those Far Rockaway seagulls holding court. Along this one stretch of deserted beach was a small boat just abandoned in the mud. It was properly tagged up with graffiti. It said ROCK93 in big bubble letters, covering the whole side.

I disembarked and again observed how twisted Far Rock was. The train literally cuts a line through those that have, and those that don’t. On the left, the projects are at full power. On the right are high rises with signs up selling 3-5 bedrooms for exorbitant sums of funds. It’s two different worlds separated by the lonely train. There’s not much else out at Giuseppi’s stop, besides a small library and a sketchy bodega. It’s a fifteen-minute walk to reach the home where G resides. The saxophone case is old-school heavy, so my forehead is glistening and beaming in the sun.

I met up with the director Diane. She has a parakeet in her office that may have studied with Eric Dolphy. Diane brought me up to see G, who was wearing the hat I gave him. G gave me a hug and said “Bless you” and “Thank you” several times as we got out the alto sax, a Prestini model, and a gift from fellow alto player Rocco Iavacone.

Right away, G reclaimed his secret roots in Bird. He had a deeper hue of his usual self that reminded me of the record Bird at St. Nicks. Even though he hadn’t had a horn in months, it was clear that having a bad horn has been the main source of his adversity. It was just as Will Connell told me.

Giuseppi and I went to an elevator so we could go downstairs and play outside on a patio in the back. We got on with two old woman in wheelchairs who were having a serious argument. I didn’t think it was too bad until the doors closed. That’s when one lady totally lost it.

“You Bitch! I’m going to shut your mouth for the last time!”

The lady who made the threat was going for the throat of the other lady, but the wheels were making the distance too far.

Two orderlies came in and broke it up. We met another home representative, and Giuseppi insisted that they give him his money, or they would develop a problem and that he would solve it for them. We made our way through the common area that was just like a scene from the movie Awakenings starring the late great Robin Williams. Some folks were just staring off into the abyss.

Once outside, I pulled out my new 1965 Super Olds trumpet, and we got down. “Satans Dance,” “Cherokee,” “Begin the Beguine,” ” My Favorite Things,”  Blues, and some improv. Giuseppi played in his usual short bursts and took a few small breaks. Two guys came out and watched us. In the back area of the patio they have a weird metal sculpture of a Mariachi trumpet player that is slightly ominous. The creepy Far Rock seagulls joined in our soundtrack about life and the futility of the human being.

G and I talked about any ways to get music happening. As usual he asked me to track down Milford Graves, Don Pullen, and Eddie Gomez from his classic record that he made for ESP-Disk in 1964. I had to remind him that Don passed on in 1995. I had to break out for a rehearsal back in midtown with Bern Nix. As I left the building in the front, I could hear G still outside practicing. He sounded strong.

My mission for the day, and maybe the year was complete. I delivered a gift to Giuseppi that reunited him with his own gift, the ability to play the sound of his very soul.

No musica, no vida.

No music, no life.