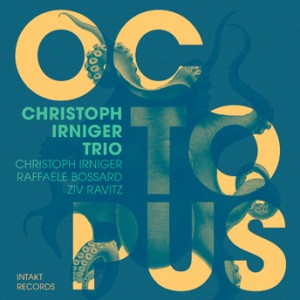 Zürich born bandleader and tenor saxophonist Christoph Irniger studied at the Musikhochschule Luzern with Christian Grab and Nat Su, Irniger founded the Christoph Irniger Quartet / Trio, the bands Pilgrim and Cowboys from Hell, and was sideman and co-leader of NoReduce, R.I.S.S. and the Lucerne Jazz Orchestra. The Christoph Irniger Trio has performed in Switzerland, Germany, Austria, France, and the US.

Bassist Raffaele Bossard, hails from Los Angeles, studied with renowned bassists such as Heiri Känzig and is leader of his own band, Junction Box. Bossard is sideman in Mats-Up, trumpeter Matthias Spillman’s band, and also plays in the collective NoReduce.

Israeli born drummer Ziv Ravitz is a member of the Lee Konitz New Quartet, the Shai Maestro Trio and the Yaron Herman Group.

The CD begins with “Air”, an almost Coltrane like piece, but has a more subdued approach. There is a compositional flavoring of some of the more ballad type things Sonny Sharrock did late in his career. Irniger approaches his soloing from a compositional perspective; that is to say, his soloing serves the composition, and not the other way around. He doesn’t seem to have a pressing need to impress with his chops; clearly, to him, the essence of the song is the most important thing. Bossard and Ravitz paint a mellow and pastel backdrop for the saxophone’s poetic quality.

Ravitz’ drums introduce “Ocean Avenue.” Here, the music is approached in a more aggressive manner, with sharper intervallic jumps in the melody. Bossard takes the first solo and leads the way for Irniger to place his previous soloing method in a different context.

“Doverscape” finds a middle ground between the two previous tracks. There is a dreamy quality here that nonetheless does not diminish awareness of the music. 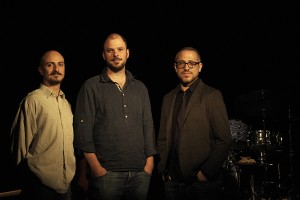 The entire CD explores Irniger’s very lyrical compositions. It’s obvious he’s deeply rooted in the blues, yet has an original way of manifesting it. His meditative style is concerned chiefly with the mood of the song. Bossard and Ravitz work well together, and bring a beautiful variety of textures and dynamics to the music. The music on this CD is quite intriguing. Like the CD’s tile, it reaches in multiple directions simultaneously, while retaining its connection to its centralized self.

Concert review: NoReduce (Switzerland) – as exciting and enjoyable in person as on the stereo!!

CD Reviews: NoReduce and the Nils Wogram Septet from Switzerland