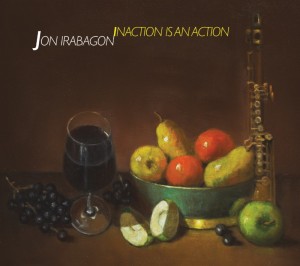 When I first saw Inaction is an Action, I was truly curious. A sopranino saxophone solo CD! I had to know what this guy was up to.

Described by Martin Longly as “a subverter of the jazz form,” and “a revolutionary who’s secretly messing with the changes. He might be dismantling the music’s mechanics from the inside, but from the outside he can frequently persuade a crowd that he’s an old- school practitioner”, Jon Irabagon proves himself a formidable alto and tenor saxophonist. He won the 2008 Thelonious Monk Saxophone Competition, appeared in DownBeat Magazine Critics’ Poll and been named 2012 Musician of the Year in The New York City Jazz Record. He performs with Mostly Other People Do The Killing, Mary Halvorson Quintet, Bryan & The Haggards, Mike Pride’s From Bacteria to Boys, Barry Altschul and Dave Douglas’ new quintet. He also leads his own ensemble, and has his own record label, Irabbagast Records.

The first track, “Revvv,” assaults the listener with the most unexpected sounds one could 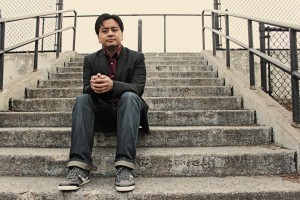 imagine to come from any type of saxophone. The CD cover gives no explanation if electronics were used; and if my ear is any judge, this was produced acoustically. Frankly, I am at a loss to understand how he achieved this. There is a musical structure within the “noise” if one listens carefully. The track ends abruptly.

The next track “Acrobat” takes a long, wailing tone, cuts it into pieces, and reassembles it into a serpentine whipcord. It whistles and winds its way through its own bifurcation.

“What Have We Here” turns the sounds of the keys and pads into a percussion instrument, over which Irabagon layers guttural vocalizing. The effect somehow resembles a didgeridoo, and brought itself to an orgasmic climax.

The next track, “The Best Kind of Sad” has a ballad feel lurking within the free experimental music. It portrays a visceral bittersweet feel.

Comparing this recording to other things Irabagon did will reveal how multifaceted the man’s talent and vision is. He is equally comfortable playing “in” as he is “out,” Many of the things he does on here leaves one wondering how such sounds are humanly possible to create on a single acoustic instrument that is not designed for such things. This recording is as out as it gets. And at the same time, it is an utterly fascinating recording.