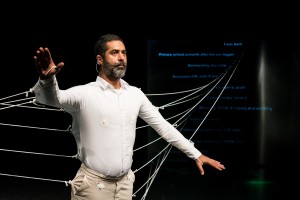 The Iranian-French creator Ali Moini provided us with a quiet, clear, artistically rendered path to his, and ultimately, to our, large and small thoughts. His hour-long work had quiet speech with a modest boost from a loudspeaker and other words from “stray” sentences displayed on the outer walls of the split-apart booth from which he originally emerged on stage.

He connected himself to the displayed sentences by means of ropes. Magnets provided an ironically amusing physical connection to the display. The artist, fastened by all those ropes, seemed at first to intend to take wing – as he did, though not literally, as he danced gracefully and rhythmically in place. He was bound to daily trivia, as well as to weighty notions about the artist’s life, by the ropes. The wiggle of ropes as he danced was emphasized by wiggles and blurs in the display. 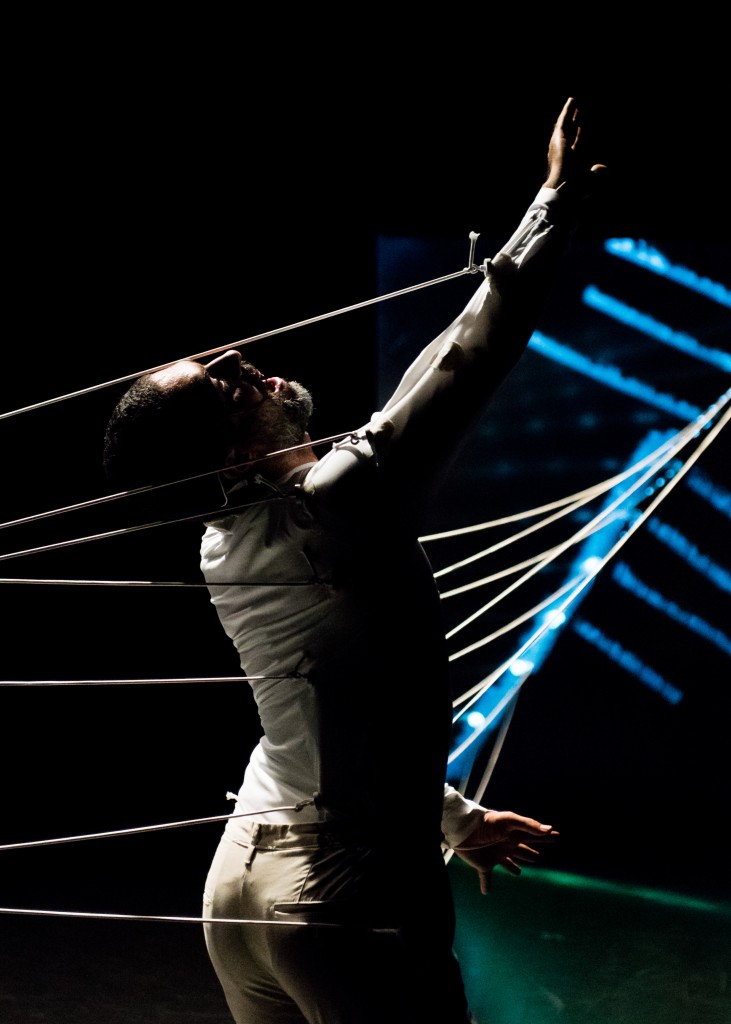 Then he released himself from the ropes and began to speak of the future. One rope remained taut as he described the future death of his grandson, not yet born; then the final rope was flung away. The call of a little mechanical bird that remained on stage after the performer’s departure suggested his continuing connection to his family and his native country.

I am a composer/improviser and actress/performance artist. In October through mid-November I will appear as the ghost of Eliza Jumel, once the owner of the Morris-Jumel Mansion in uptown Manhattan, in a commissioned, site-specific play by Vincent Carbone:
http://www.morrisjumel.org/upcoming-events/2015/10/15/awakening-in-ink-written-and-directed-by-vincent-carbone