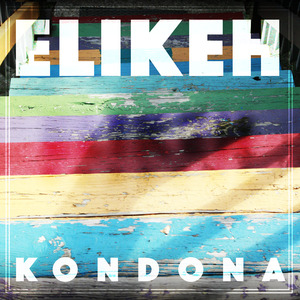 “We were thinking about ending the band,” recalls Elikeh’s founder, Togolese-born Massama Dogo. “We were going to play the shows we had booked and then let it go. We had a meeting to decide what to do and our guitarist kept playing the whole time. He came up with an idea, then someone else joined in with it, and another person, until we were all jamming and we had a song. The sax player recorded it and when we listened back later, we knew it was something great. The feeling was back.”

Going into the studio they recorded the piece, now aptly titled “The Conversation,” along with two other tracks that make up Kondona, bringing the EP out on the fifth anniversary of the band’s first album, Adje! Adje!

“We’re all excited about the band now,” Dogo says. “It’s lucky the guitarist didn’t want to put down his instrument. The EP saved us.”

And as Elikeh moves into its new phase of life, the EP’s title seems just right.

‘The kondona is a ceremony they hold every five years in the northern part of my country,” Dogo explains. “It’s an initiation, a way to welcome the young men into the adult part of the community. It seemed right for what had happened to us, although we still have a long way to go.”

While back in his homeland recently, Dogo witnessed a kondona ceremony and recorded part of it. A chant from that field recording forms the opening of their cover of “Heaven,” by the Ghanaian star Ebo Taylor. 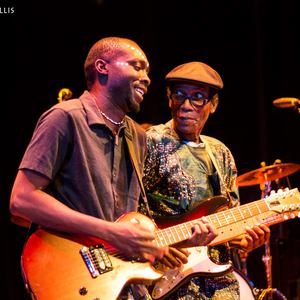 “Being there and seeing that, being back in my village among faces I’d known all my life, it just felt like heaven,” Dogo says. “The sense of the place and the ceremony brought the song into my head.”

With its irrespresible, funky guitar riff, it sits perfectly along the other two tracks, a guitar-driven slice of African music that fires on all cylinders but doesn’t fall neatly into the Afrobeat pigeonhole of so many DC bands.

“We’re Afrobeat but not Afrobeat,” Dogo agrees. “We’re very diverse. With members from all over, that’s inevitable. We’ve never covered a Fela tune, but there are elements of Afrobeat and Afropop in what we do, along with Ghanaian highlife and funk, rock, some of everything.”

But deep at the core of Elikeh’s sound is the abadja beat, common across Togo and beyond.

“We share plenty of musical ideas and rhythms of Africa’s West Coast,” Dogo agrees. “The abadja originated with the Ewe people, and like everyone else, they spread across national boundaries. That’s the beat that powers “The Conversation.” On the record you can hear the trumpet getting wilder and wilder in the call-and-response with the other brass instruments until it’s almost insane – just like the meeting that gave us the tune!”

The beat is there on the EP’s other cut, “Adja.” It’s a cautionary tale, a fable.

“It’s about a big man in the city,” Dogo says. “He comes from a tough place and he’s always the toughest, constantly have to prove himself. But then he’s caught by the police and even his toughness can’t help him.”

With these three tracks released on Ropeadope Records as a foundation for the future, Elikeh 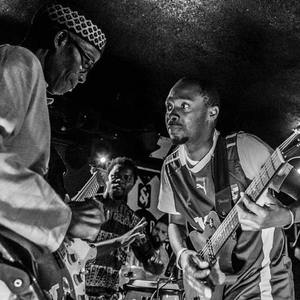 plan on recording a full album next year. But the more immediate focus is the big release show at the Rock & Roll Hotel on H Street in Washington, DC on November 6.

The gig will be both a celebration of what they’ve achieved in their five years together, and also the start of their journey into the future; their own kondona ceremony.

“The cover of the record is a stairway,” Dogo recounts. “That’s what this all feels like. We’re slowly making our way up there.”

A great deal can happen in five years. A band can be born, flourish, and then come close to the end. But never underestimate the power of music to breathe new life and offer a fresh start.

“Five years, growing, climbing those stairs, that new feeling?” Dogo asks. “Really, how could we call it anything but Kondona?”

Concert Review: Elikeh passed the field test for producing dance energy and getting a crowd going…