As reported last time, there is plenty of music going being played publically in Malian cities, especially Bamako, despite a State of Emergency. But the impression is deceptive. Crowds at nightclubs are thin. There are almost no foreign visitors to support clubs, festivals and concerts.

While street weddings are on, the families who sponsor them have less to spend, and are more 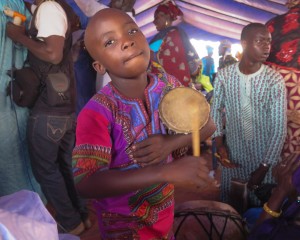 and more inclined to cut costs by hiring lower-rung artists, often not griots as they would have been in the past, and there is less money changing hands. For musicians, there is hardly any point in recording, unless you are one of the lucky few to have an international career. Cellphone technology has made swapping music files so easy that even the pirates who used to undermine artistic careers with cheap cassettes and CDs have a hard time making sales.

We heard over and over that it is almost impossible to earn a living as a musician in Bamako today. We learned of griots whose families have lived by music for generations. but who now forbid their children to become musicians, because there is no future in it. On top of this, conservative Wahhabi Islamic proselytizers—long a force in Mali—are stronger than ever. Backed by money from Saudi Arabia and other Gulf states, they offer employment opportunities and an alternative moral voice to manifestly corrupt politicians. And part of their message is a clear rejection of all but the most religious forms of musical expressions. It is hard to believe that in a country as musically rich as Mali, such a message could spread. But make no mistake; it is spreading. 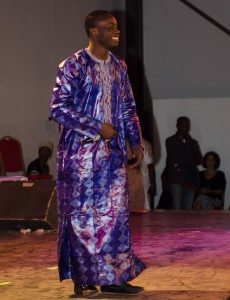 The most notable new music on the scene is rap. Some of it is recreational. Toumani’s son Sidiki Diabaté is a superstar pop singer/kora player and sometimes rapper, insanely popular with teenagers. Then there is a whole class of rappers who entertain by tearing each other down in verbal clashes—also popular with youth. There are a few rappers who take bold stands, denouncing political corruption and promoting a reformed, unified Mali. 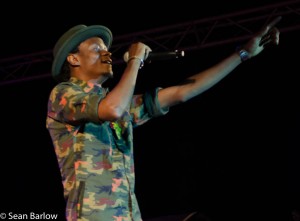 Perhaps the most prominent of these, Master Soumi, gave us a long, impressive interview in which he critiqued jihadist Islam, slammed the current president’s profligate spending, and offered a forceful condemnation of the 2012 coup. But Soumi surprised us by allowing that he would be fine if the next president were an imam rather than a politician, even if he were a Wahhabi. When pressed, this brave young man who had no hesitation ripping into a sitting president of the republic, was far less willing to criticize Mali’s top religious leader. That speaks volumes about where power lies today.

Despite all the reassuring signs of renewed musical life in Bamako, Mali is undergoing profound social and political change at the moment. As a result, musician’s lives and livelihoods are more vulnerable than in any recent time.