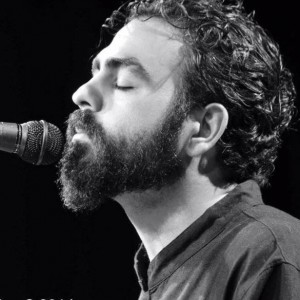 Austin, TX based composer, vocalist, poet, Persian setarist and multi-instrumentalist Fared Shafinury is one of the more iconic and unique figures among the Iranian-American diaspora, balancing two seemingly dissimilar cultures.

It has been said of him that he “effectively unearthed his ancestral roots in classical Persian music and poetry, as well as reinvigorating the ancient sound with a modern touch.” Shafinury’s music morphs between American folk, rock, blues, and the classical and folk of music Iran. His lyrics vacillate between Farsi and English.

Setar from Shayan Asgharnia on Vimeo.

His use of the setar often takes on a mandolin or Western folk guitar quality, without losing its Persian roots. This unique approach to setar has led Shafinury to collaborate with sitarist Indrajit Banerjee (with Abbos Kosimov and Jason McKenzie). It’s original idea came from the realization that few Westerners are aware of the Persian setar; and often confuse it with the Indian sitar. This project explores the focal point between raga and radif. The results were quite intriguing and beautiful. It seems these two instruments enjoy talking to each other!

One of his compositions, “Dusty Grape Leaves” (from the CD release Cold Front, scheduled for release in October 2016) makes use of a very Western folk rock chordal structure amidst its Iranian mood. Against this background, the English lyrics evokes a mood of love and contemplation.

“Dusty Grape Leaves” has been performed solo as well as with a large ensemble to equal effect. This versatility in interpretation is evidenced in a great many of his compositions and recordings, such as the Indo-Persian vibe of “Last Night,” the contemplative setar meditation “Pendar Tip,” the orchestrated string section against an almost Celtic take on setar of “My Childhood Companion,” and the electronica of “Khojaste.”

Shafinury has found a vast creative reservoir in the meeting of two cultures that few thought of exploring. The intense beauty of his music proves he’s found something that must be shared.