This longtime American bluesman has been hard at work at one of his most ambitious projects yet, his eighth solo album, Used Man For Sale 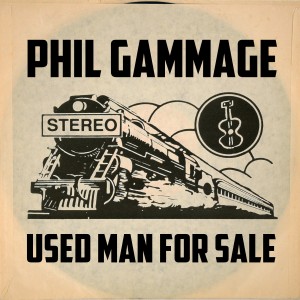 New York blues/americana musician Phil Gammage  returns with a new 10-song album Used Man for Sale featuring all original songs. In this collection, Phil explores blues, lounge, and countrypolitan, all to great success. The result is an album of unforgettable melodies and music.

This release follows his critically acclaimed album Adventures in Bluesland (2014) which received positive reviews and made numerous ‘Best of 2014’ lists internationally. He currently performs his roots and blues based music as a solo performer, with his small combo The Phil Gammage Quartet, and with his large band Adventures in Bluesland. Phil Gammage is the consummate live performer, who brings a unique depth and drama to his music.

Produced by Kevin Tooley and recorded in New York at 30 Below Studio and World Wide Vibe Studios. Engineered by Brent McLaghlan and Kevin Tooley.