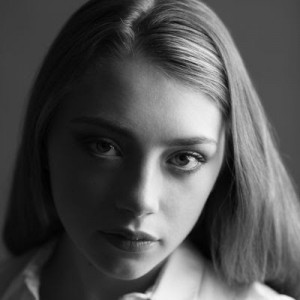 Bitter’s Kiss is the vehicle for singer/songwriter Chloe Baker to showcase her wide range of talents. The New Jersey teenager has garnered attention for her emotional delivery of poignant songs that deal with such complex subjects as love, religion, suicide and growing up in today’s world.

Chloe grew up in a home filled with music, with a home recording studio, a guitar collection, and a father who regularly played in bands. Chloe has been serious about writing music for the past couple of years, and has worked with her father to record and produce her music over the past several months.

“My God is my reaction to the irony in religious conflict. Religious beliefs are most often promoted as ways to make us better people, but can also be used to justify violence against others, with both sides believing that God is on their side. The idea for the video was to show sameness and humanity in our different religious expressions.”

In the past year, her uniquely vulnerable and emotive songwriting has helped her build a strong and ever-growing following (currently 325,000 + via Facebook and Twitter alone) and millions of listens to her work on Soundcloud and Youtube.