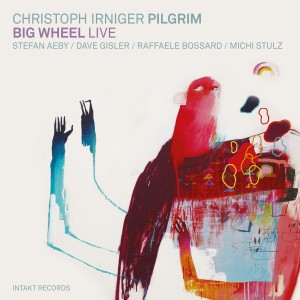 A saxophone figure leaps forward with a texture resembling something like the marriage between a bongo and a plucked string instrument. It eases into its more traditional nature as a saxophone as the head of the song emerges. With the drums, bass, and piano flowing in and around each other like sonic arabesques, the saxophone played with Coltrane inspired melodies fitted into a very different aspect of jazz. The piano made its statement, while changing the direction the music went. The bass brought its say to the floor, and the guitar stepped forward and precipitated itself like raindrops in a gentle breeze before morphing into a series of distorted and processed textures that one rarely associates with jazz.

Make no mistake; this is jazz. There’s nothing here that could be called “crossover” or would be difficult to categorize as anything but jazz. But they clearly take the idea of individuality and expression in the moment very seriously. The music was recorded live; and there is an honesty and immediacy about the music.

Irniger’s approach to tenor sax is clearly a branch of the tree rooted in the Coltrane tradition. Yet he has a softer, more deliberate approach to the instrument, with little of the frenzied abandon that many saxophonists take. This is not to say he plays with no passion; it’s more to the point that his passion and the message of his music are more understated and subtle. He clearly feels no need to hit anyone over the head with his musical ideas. Aeby approaches the piano from a similar mindset, yet an undercurrent of humor is obvious throughout. Gisler and Stulz are the adventurous ones in this ensemble. Their presence provides a fascinating counterpoint to Irniger and Aeby. Gisler’s guitar playing throws shades of color into the music that both contrasts and blends with what’s happening in the unfolding of the compositions that work well, but are impossible to predict. Stulz’ drumming is fascinating; he knows how to drive the rhythm and at the same time provide ornamentation to what everyone else is doing. Bossard is a fine bass player, who understands how to provide an ever changing foundation and axis (I dislike the term “anchor” for bassists) that unifies the band.

The CD provides a nice variety of very different kinds of compositions that nonetheless hang very well together. “Acid” takes the listener into a strange and almost soundscape that lives up to its name (Gisele’s guitar work provided excellent evidence of this). “Ending at the District” is an abstract impressionistic piece that moves through inventive and colorful harmonies with a dreamy liquidity. The oppositions and improvisations that grow from them make very interesting use of space and texture. These guys are not interested in ostentatious displays of technical mastery: their music is more like walking through an art gallery and experiencing an ever changing manifestation of the artist’s view of the world from an outer and inner perspective.

I must close with a personal anecdote. I was performing with my ensemble in a club in Lower Manhattan some years ago. A friend’s band followed. In the middle of their set, the band that was scheduled to follow them arrived. I spoke to that band’s saxophonist, an elder African American gentleman. He listened to the band that was on stage and commented that he was happy that the younger generation of white jazz musicians are not trying to play like black people. It was an interesting comment. The uncomfortable questions of race relations (and the very idea of race being an artificial political construct that has infected the modern zeitgeist), aside, his comment stated how open to possibility jazz is, and at the same time acknowledged that everyone has something to contribute. Pilgrim is the kind of band that demonstrates this well. In the tradition begun by Django Reinhardt, they came to the jazz table with something different. They brought themselves and their own traditions and cultural heritage, rather than an imitation of what had been before them. And jazz itself welcomed them, and offered fertile ground for them to grow as artists. Their music could not have come from the US: the music speaks of who they are and where they come from.

Concert review: NoReduce (Switzerland) – as exciting and enjoyable in person as on the stereo!!