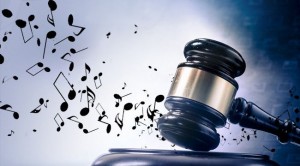 Shortly after midnight, after the results of the presidential election were announced, I posted the following words on Facebook and Twitter

Granted, the gesture may have been overly dramatic. But it conveys a valid sentiment.

It would be easy to editorialize an analysis of the election, and extrapolate the inevitably disastrous results of the blunder the United States committed. The reactions have been extremely polarized; some have celebrated, others mourned and complained. These reactions have been extreme, up to and including acts of violence and utter stupidity (the left and right are equally guilty of this). I see little evidence that this will end. People have been demonstrating in front of Trump’s 5th Avenue building (necessitating the removal of Trump’s name from it’s facade. Others have been demonstrating in celebration; including the White Knights of the Ku Klux Klan.

Both sides have one thing in common. Fear. Both fear a loss of opportunity, resources, and the chance to remake the world into what they wish it to be. And they are acting exactly as frightened people in large numbers would.

But the reader will doubtless recall that the ancient Chinese used the same word for “danger” and “opportunity.” It’s possible that the unspeakable obscenity and latent chaos of the Trump presidency offers us an opportunity to institute a change in our favor. Not through support or acceptance of Trump’s policies (although it may be possible to use what he institutes in ways he and the conservative right never intended; careful and strategic thought is required to work this out). This will happen through grassroots activism on a subtle level that our political enemies cannot understand or resist, and in building our own financial and political power base.

This is why there is a real and tangible reason why little cause exists to either celebrate or grieve.

This is a great opportunity to face, without fear or regret, what is really wrong with our society, and take decisive and constructive action to fix it.

This is a great opportunity to guide the people to acknowledge that musicians have the power to unite people and empower them with new creative energy with music.

This is a great opportunity to bring forth a new type of civil movement, expanding on the model that “Occupy Wall Street” and “Black Lives Matter” has demonstrated. Yet this time we will be more solidified, more subtle, and more formidable.

MFM and DooBeeDooBeeDoo believes that there is no reason to be afraid of Trump. If he destroys half of the country, American citizens can impeach him democratically. Either by the political process via Congress or by non-violent street demonstrations with musicians at their side demanding Trump’s resignation, and criminal prosecution.

Yet there is another way to take power from those who, either through evil or fear and ignorance, seek to drive the human and social nexus to extinction. Musicians hold the power to institute social change on the level of the hearts and minds of people. Nothing can withstand this power.

Which, of course, leads to the inevitable conclusion that musicians are in desperate need to take power over our professional affairs, and exercise it. Without this, we surrender the power we have to inspire hearts and minds in exchange for a miserable price. We have been doing this far too long.

Trump is “the wrong medication” to heal our sick nation. The people who voted for him (excluding the radical alt-right / white supremacists) see in him the remedy of this nation’s sickness. They are clearly deluded.

The time has come that we look to ourselves—and only to ourselves—for “the right medication” to get on our feet again. The government won’t help us. We must stop complaining why Clinton lost the election. On the contrary, let’s look for a new leader who’s still clean and not greedy for power. Work with third parties, provided their agenda resembles ours with no compromise. Learn what our citizen rights are. Understand how to lobby so that we are able to demand from the Congress to demolish the present voting process. 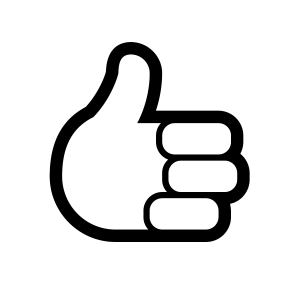 It’s an indisputable fact that whoever won the election, including the third parties, America would still be sick. It’s necessary to adjust to the new situation. Each of us must get politically active, and at the same time, show respect to people with different ideas and listen to them. Work out new ways to put them into practice for the benefit of all our people and the international community.