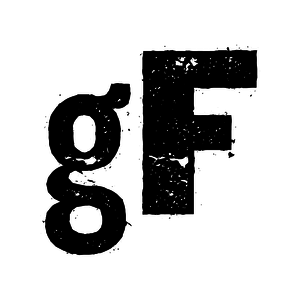 Permeable World: globalFEST 2017 builds bridges between cultures and explores the mix and blend of tradition and beyond

Most world music traditions are not pure. They haven’t been sealed off from other ideas. Traditions, in fact, demonstrate the migration of people and influences across place and time, the blending and mixing that comes with that movement.

From tango to go-go, from Congolese rumba to Angolan kudoro, globalFEST (globalfest.org) reveals how sounds travel from one country, community, or scene, to another. The organization’s yearly showcase festival traces these tendencies, as they happened generations ago and as they are unfolding now. This edition, held at Webster Hall on January 8, 2017, during the annual APAP conference, highlights the mutable and permeable borders of genre and identity.

“This year’s edition brings us full circle to why we started globalFEST in 2003 following 9/11 and the country’s closing of borders. We wanted to encourage our colleagues in the performing arts field to take artistic risks, and put international perspectives centerstage,” notes globalFEST co-founder Isabel Soffer.

This year’s festival shows these dynamics in action. globalFEST artists demonstrate how Cuban music inspired an entire continent to rumba last century (L’Orchestre Afrisa International), and how contemporary Latin scenes are rejuvenating their African roots (Betsayda Machado). It reveals the deeply global facets of very regional American styles (DC’s Rare Essence’s funky-as-hell go-go; Ranky Tanky’s take on the Gullah Sea Island traditions that have inspired pop figures like Beyoncé). It points to the renewed cultural dialogue between Cuba and the United States, as doors re-open (Septeto Santiaguero) and how club music can be a catalyst for cutting social critique (Batida).

Complex traditions can speak fluidly to one another (as South Asian classical forms and jazz improvisation do in saxophonist Rudresh Mahanthappa’s Indo-Pak Coalition). They can also enhance and renew one another in the music of experimentalists forging their own paths (the shaman-rooted glam rock of Korea’s SsingSsing, African nu-soul singer Jojo Abot –recently touring with Ms. Lauryn Hill — and the captivating digital-looping Estonian folk violinist and singer Maarja Nuut feat. Hendrik Kaljujärv).

“In this highly divided and divisive climate we are living in in the United States, the work of globalFEST to build bridges, not walls is more important than ever.” says Shanta Thake, globalFEST co-founder. “These connections are what make the artists we work with so powerful, and why festivals and venues are increasingly interested in working with international artists.”

“globalFEST strongly believes that these unique cultural and personal expressions are what bring us closer together as a society. Diversity is a force that unites, not divides,” adds Bill Bragin. 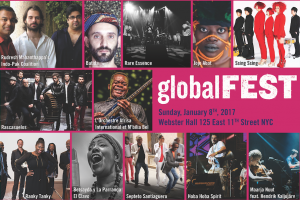 The Artists of globalFEST 2017

Over the last decade, globalFEST (gF) has become one of the most dynamic global music platforms in North America, growing from an acclaimed festival/showcase into a catalytic non-profit service organization for curators, artists, and the performing arts field.  Through its work, gF encourages networking and cultural diplomacy; deepens cultural understanding among its constituents; builds audiences for international music and creates new opportunities for artists leading to a more robust and sustainable ecosystem for world music in the United States. Artists that participate in gF programs represent diverse musical styles from all corners of the globe, ranging from traditional to contemporary, and everything in between.  Programs include: the gF Touring Fund, which provides direct support to artists to develop new markets; gF On the Road, a tour that brings creatively programmed lineups to venues nationwide; and guest curating in both commercial and performing arts s ettings, including such influential events as SXSW, Bonnaroo, Lincoln Center and beyond, that serves to raise the profile and visibility of the artists gF works with, and world music overall.

globalFEST believes that music can be a driving force toward a society that values cultural diversity as a source of unity rather than division. By moving international music to the center of the performing arts field, globalFEST fosters a robust and sustainable ecosystem for world music in the U.S.

globalFEST’s programs catalyze creative and artistic networks that break down cultural and social boundaries to support and share the world’s music through performance, touring, and media.

Event Review: globalFEST 2014…a marvelous accomplishment, and service to the musical community