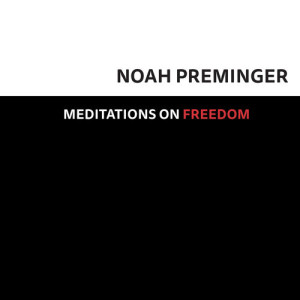 Noah Preminger is an interesting man. He likes to take risks, and likes going to the edge in everything he does. Taking Charlie Parker’s old adage “If you don’t live it, it won’t come out of your horn” to heart, he lives everything he does; whether it’s boxing, sky diving, games of competition like golf or ping pong, or playing music.

Born in Canton, Connecticut in 1986, Preminger started an obsessive pursuit of musical study. He recorded his debut album Dry Bridge Road as a leader at age 20, It was released on Nowt Records two years later, in 2008, just after he graduated from the New England Conservatory of Music. After moving to New York City, Preminger played in bands led by Cecil McBee and John McNeil, and recorded several releases for Brooklyn Jazz Underground Records with the Rob Garcia 4.

The music is an interesting balance between originals and covers. The CD opens with a moody and introspective Coltrane-like reimagining of Bob Dylan’s “Only a Pawn in Their Game.” Froman’s ornamental drumming created an unexpected feel on the cover of Bruce Hornseby’s “Just the Way It Is.” As a drum and sax duet evolve out of the head, Preminger moves away from the Coltrane vibe and into a more Coleman-like approach. Palmer mixes a solid sense of melody with an easy abandon in his soloing. On Sam Cooke’s “A Change is Gonna Come,” the band realizes in no uncertain terms, that they are playing a blues.

Preminger’s originals are fascinating. On the first original that appears on the CD, “We Have a Dream,” Cass lays down a dense introduction before the horns come in and establish the head. Throughout the compositions, the implied harmonies allow for a very interesting foil in which Preminger’s and Palmer’s solos evolve. Each original has something to say, and says it in its own manner.

The production on the CD is very good. I couldn’t help but notice their use of panning to simulate a more natural acoustic environment.

Meditations on Freedom was clearly meant as a protest of the current political climate in the US. The fact that Preminger released it on January 20th, 2017 (the day Donald Trump was inaugurated) was no accident. Preminger and company make it clear, for those with ears to hear, that these pieces are not mere exercises and excursions into musical artistry. Their virtuosity, while clear and indisputable, is not the point here. This is their way of making a statement about what is happening around us. No lyrics are necessary, no loud an aggressive bombast is required to augment their observations and feelings. The music alone is more than enough.