“…After all, it is our livelihood and art that are being downgraded as we speak. I support the efforts of MFM towards organizing musicians to develop a new paradigm.” – David Liebman

On Thursday, March 23rd, Musicians for Musicians (MFM) presented the first Talk. The guest of honor was David Liebman, who’s a member of MFM’s Advisory Committee. The event was hosted and moderated by MFM President Sohrab Saadat Ladjavardi. This was the first of such “Round Table Talks,” and promised to deliver an immensely interesting and informative dialogue. 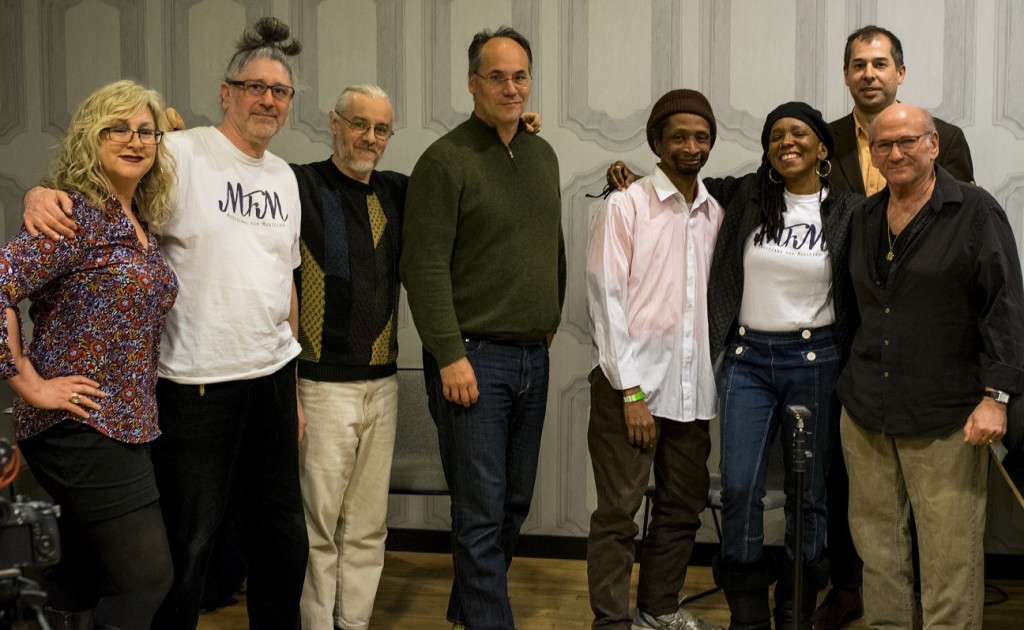 David Liebman’s resume reads like a biography of a jazz legend. His career spans nearly five decades, beginning in his teens, his work in the early 1970s as the saxophone/flautist with Miles Davis and Elvin Jones, and continuing as a bandleader. His current group Expansions just released a new album called Expansions Live. He is also a respected and accomplished educator, founder and artistic director of the International Association of Schools of Jazz (IASJ), author, and recipients of several prestigious awards (including NEA Jazz Master, the Jazz Educators Network, Legends of Jazz, the Order of Arts and Letters, Grammy nomination for Best Jazz Solo, and Honorary Doctorate from the Sibelius Academy).

Saadat started the event with an introduction to Musicians for Musicians’ mission. He introduced Liebman as the quintessence of a professional musician. He went on to describe how musicians need to cultivate a professional stance.

Then Liebman offered a solo musical performance on soprano saxophone. It was marvelous. Post bebop arabesques and romantic blues soliloquies flowed from his horn like poetry and were over all too quickly.