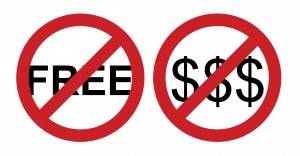 An Editorial and Commentary on Musical Professionalism By Dawoud Kringle

Look, I get it, OK? This is a hard life we chose. We are trying to cultivate our skills and build a career and a reputation for ourselves. And somehow, through it all, we have to pay the bills, keep a roof over our heads, and put food on the table.

As we all know, there is some sort of mythological historical model that musicians must pay their dues. And despite the vague details surrounding this idea, there is certainly some truth to it. A musician must prove him or herself, must cultivate his or her skills, and build one’s business from the foundation up.

However, there comes a time when a musician must place value upon his or her work. The other historical model that musicians are constantly faced with is the idea of being forced to work for nothing; almost always on the promise of some indefinable form of “Exposure.”

As I write this I have been a professional or semi professional musician for over 40 years. In years past I have done performances for no remuneration other than the promise of “exposure.” The result was that I worked hard and received nothing in return. To add insult to injury, someone else (who often had nothing but contempt for me) reaped the rewards of my labors and hard earned skill and talent. In over four decades of experience I have yet to see a single exception to this.

One day I decided I was not going to “die of exposure.”

The music business is in a state of transition not unlike what occurred in the early 1960s. The old business models are in history books and nowhere else. Their study is useful for historical perspective, but the attempt to apply them in real life is an exercise in futility. New and indefinable genres are emerging, many of which have no precedent in established marketing. Internet and other technologies complicate matters not only by forcing musicians to become a bit too comfortable with their own processes, and allows corporate entities to make large sums of money from our work and set up a legal model that allows them to pay us little or no remuneration in return for our work. There are no rules: The rules are being written, re-written, and broken almost on a daily basis.

It is clear that it is up to the musician to devise his or her own way of earning an honest profit from their work. And it requires a flexibility of thought and vision. Political cconservatism is an excellent model of what not to do. Without insinuating a claim to political liberalism (the details of which are outside the scope of this article), conservatism ignores the immense wisdom Bruce Lee espoused when he said “Be like water.” The conservative vehemently resists change. In doing so, they doom themselves to extinction, while struggling to prevent their extinction. It is inevitable and inexorable that the world changes and humanity changes. The conservative sets himself at odds with the momentum of the entire universe.

The war between Athens and Sparta (431-404 BC) is instructive. Sparta was the most powerful army in the world. But they consigned themselves to defeat because of their unwillingness to change and adapt to changing conditions and circumstances. Athens, on the other hand, was thriving through constant and careful reform. Sparta fell behind them, collapsed, and got their asses kicked.

In resisting change and evolution, the conservative blinds himself to opportunity, and blocks them from adapting in time. Their belief that resistance to change makes them strong is an illusion. They are inflexible and fragile in a world where flexibility and “anti-fragility” are the only hope of longevity and prosperity.

At this point I can imagine some of the readers of this article bringing up the question of artistic integrity. In this you will get no argument from me. However there are two things to keep in mind. The first is that we must not allow egocentric implications to alienate ourselves from our potential audiences. This is especially true in our present period of history in that audiences expect to be part of the performance itself. What grew from the old disco culture was the propensity for audiences to no longer be mere passive receptacles. To alienate your audience is to condemn yourself to obscurity and poverty. And if this is what you want, normally I would say you are welcome to it, were it not the indisputable fact that you are creating and sustaining a destructive precedent for all musicians. The second thing is that we must believe – not think, believe – that financial success is not antithetical to our artistic integrity. If it is the artist is in firm control of his or her own work and the business aspect of their art, sacrificing artistic integrity for commercial viability is unnecessary.

There is also the fact that venues have to make money too. They cannot pay a band if they don’t have the money for it. They have become dependent upon musicians to bring in paying customers. This puts both the venue and the musicians in a difficult situation. Venues often become lax at promoting their own entertainment: it’s almost become a part of their business model; to their ruin and the loss of the musicians and audiences. But the musicians have also become too dependent upon the venue for this very thing. Granted, there are many more variables and variations on this that overshadow this “black and white” argument. But both sides must come to the realization that if something isn’t working, they must try something else.

Where musicians are concerned, this means being just as creative with their business as they are with their art.

With the idea of changing set of business models and access to all manner of technology, the possibility of developing new forms of business, new forms of performance and artistic presentation, and development of our music is limited only to our imaginations. There is nothing stopping us from inventing new ways of presenting, performing, and marketing and promoting our music. There is no rule book on how to run our business that we can’t tear to pieces after we read it. 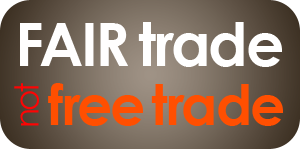 Look at all of the great innovators of the past: Beethoven, Wagner, Scriabin, Duke Ellington (not only a legendary musical genius, but one of the first musicians to employ the use of music video), Miles Davis (who not only single-handedly changed the course of music in western civilization five or six times during his career, but changed how musician work, including innovations in the studio that jazz musicians never did before him, and experiments in blending hip-hop and jazz), The Beatles, Jimi Hendrix, Prince, David Bowie, and many more than I have space to list and describe here. They all had one thing in common: they not only pursued the far reaches of their musical genius, but extended the boundaries of their business dealings into the realm of the unprecedented. They were leaders, not followers.

Now it’s your turn. Take what you have, and make it work in a way that redefines the structure of the music business with you in a position of power. What will work for you? I don’t know. You tell me.

I invite you to make a pledge to yourself here and now, at the very moment you are reading these words for the first time. Make the solemn promise that you will not only place value upon your work but that you will strive to earn your price – and assist other musicians to do so. Your success is everybody’s success.