On Thursday May 25th, 2017, the third MFM Talk kicked off. This Talk featured trumpet master, composer, improviser, music educator, music activist, and founder of Jazz in the Neighborhood  (JITN; a San Francisco based nonprofit organization helping jazz innovators and developing musicians to create improvised music and build community around live performances, and includes music education as an important part of its mission), and inventor of the BERP (a device that helps trumpet players develop proper breath support by blowing into resistance, letting one buzz one’s mouthpiece while holding the instrument in the regular playing position): Mario Guarneri. 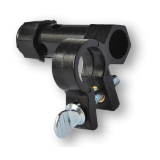 The event began with Musicians For Musicians (MFM) founder Sohrab Saadat Ladjevardi introducing Mario Guarneri, explaining that he invited Guarneri because of his accomplishments as a professional musician and an activist.

In MFM tradition, Guarneri offered a musical performance. He blended a selection by J.S. Bach with improvisation. There is something immediately comforting and intensely beautiful about Bach. Guarneri presented this with the sensitivity the music requires. His improvisation, while being clearly his own, blended beautifully with the essence of the Bach piece. It is good that this music began the event; it let all in attendance know that, while Guarneri is a formidable activist and successful businessman, he is first and foremost a master musician.

Saadat began the talk, and asked Guarneri how he got his professional start. Guarneri’s early years were heavily influenced by his interaction with Eddie Smith, former trumpeter with Earl “Fatha” Hines. After studying in Los Angeles, he studied at Julliard in New York. After playing jazz and Latin music awhile, he returned to California and pursued a career in the classical music world. This, however, did nothing to diminish his love of jazz and improvisation. Eventually, he immersed himself in studio work, and moved toward jazz and improvisational music; all the while retaining his roots in classical music. He also invented the BERP around this time.

His activism began when he realized how bad the situation is for musicians. He started the nonprofit organization Jazz in the Neighborhood. They have an incubator program that assists artists in realizing projects, apply for grants, etc. Some discussion was devoted to the limitations of the foundation process. Guarneri found it to be a mostly positive experience. It also put the musicians in a position where they had some leverage in negotiations. 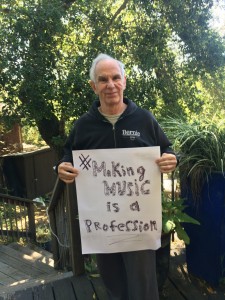 One relevant point that was brought up was that at the JITN produced performances, tip jars and door percentages are not allowed. This practice, acceptable as it is done in circles, is unacceptable because it sets a president that has historically disempowered musicians.

The demographics of specific neighborhoods where performances are presented became a talking point. JITN quite rightly takes into account economics, favored genres, and other factors that determine a successful performance. Some discussion was devoted to the logistics of performing at different venues. The factors of how venues set up their performances, the presence (or lack of) sound reinforcement, the financial factors of how the venues will justify the cost of paying musicians, etc. JITN would work out various deals with venues that insured that everybody walked away from the deal happy (which, of course, creates a healthy environment for all people involved in the music business). They have promotional and advertising machinery in place to insure that performances are sufficiently promoted, and worked out sponsorship deals and other revenue streams that helped balance the finances.

The attendees opened up the discussion to the variety of ways in which the musicians can make sure they are paid. The variety of workable processes and business models is quite extensive.

Another important point that was brought up is the self-image musicians need to have of themselves as professionals. It is the deplorable lack of this among both musicians and non-musicians alike that actually necessitates the existence of organizations like MFM and JITN. 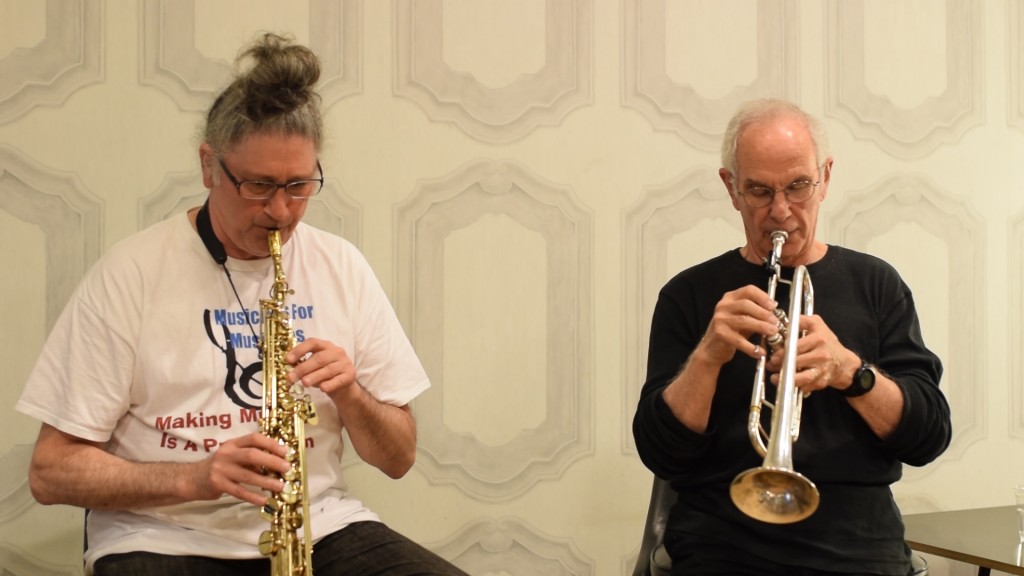 The event ended with Guarneri (trumpet) and Saadat Ladjevardi (soprano saxophone) playing a duet. They played a blues. It was a conversation of emotional depth and joy rising from a sweet sadness. Lindsey Wilson discreetly joined them on vocals from the side, offering comments on the drama unfolding in the air. Saadat Ladjevardi took the lead for the most part, with Guarneri weaving in and out of his melodies, and subtly guiding the mood into different shades and permeation. These two master musicians created a thing of beauty.

The bottom line of what Guarneri’s very ingenious projects accomplish is that musicians are taking charge of their business affairs in a way that empowers us. This is identical to the mission of MFM and similar organizations that are rising up around the country. It is not inconceivable that our unified purpose will inspire the creation of a network of activists that will establish a unified power base where musicians will no longer be in a position of subservience to either forces beyond our control, nor to imagery and prejudicial myths that reduce us to impotence and irrelevance. Mario Guarneri and JITN are clearly leaders in this.