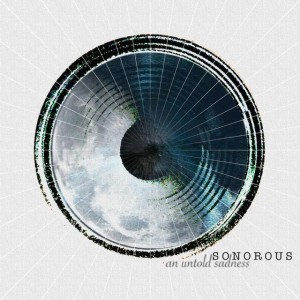 “Focus not on the plan, but on the path, Express yourself through art and imagination, be good and let synchronicity take the reigns” – Christopher Drapeau 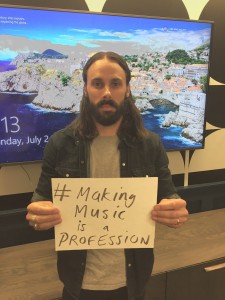 Guitarist, songwriter, producer, leader of the Aggressive Dogs, and MFM member Christopher Drapeau is the quintessential rock musician. From an early age he devoted his life entirely to his music. He accepted the trials and tribulations of the life of a touring musician. He has opened for Metallica, Lamb of God, toured with DevilDriver, Trivium, and Fear Factory, and performed in the US, Canada, Europe, the U.K., and Japan. Drapeau lives the life of a rock musician; a life wherein achievements and rewards are hard earned.

Drapeau’s newest project, Sonorous, seems to take his metal roots into a more introspective direction. He played all the instruments on this recording, yet, it has a varied feel that speaks of a musical vision of some depth.

“Sentience,” the opening track of An Untold Sadness, begins with a gentle guitar figure that eases into a prog-rock sense of drama as the song unfolds. The song doesn’t exactly end; it merges into the next track, “This Far, No Further.”

“In Which To Dwell” makes interesting and dramatic use of Wagnerian tritones (tritones are not unusual in heavy metal, but Drapeau makes use of it as a subtle compositional process).

“Beggars Buttons” starts as an almost pop instrumental, with the insinuation that the song is deviating from the vein of the collection. Then, the metal sneaks up on you just as you’d settled into a comfort zone. It’s almost a betrayal of one’s expectations (in a way that is similar to Alfred Hitchcock’s movie directing). “Flowers,” an excursion into a moody post-surf rock / Dick Dale’s long lost love child, is entirely unexpected.

The remaining tracks explore this paradigm of esoteric and arcane heavy rock in ways that are always imaginative. Drapeau seems to have mastered the rule book of the genre, tore it to pieces, burned the pages, and forged ahead on a path of his own devising.

Beyond this, An Untold Sadness has a strangely melancholy undercurrent and introspective quality that gives the impression that Drapeau is approaching rock music as a devoted master martial artist approaches Kung fu. It was inevitable that the idea of Zen and the Art of Heavy Metal would come to fruition.