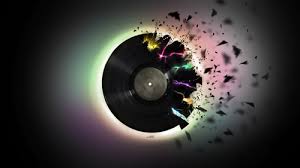 An elite minority of musicians must function to preserve traditional music. Most musicians will simply follow the herd. What remains are the visionaries.

This is a lonely and hard path. Warriors walk alone.

Mind you, all of them have their purpose. All of them great art that possesses meaning. All of them are worthy of respect. All deserve fair treatment in the fiscal / financial aspects of music.

For a visionary, however, style and genre easily becomes a prison. The visionary will concern him/herself primarily with the psychoactive properties of music. Beyond this, remember that all of creation works exactly as does music. Music is a microcosm of the universe.

Most musicians will approach what they do with sincerity and enjoyment. Yet they are not breaking new ground or exploring anything of great profundity or sublimity. And that’s cool.The voices of their lives have validity and meaning.

The elite who preserve tradition are important. Someone who, say studies and plays traditional Indian ragas in the classical manner, or those who master the classical music of Europe or America are preserving something of immense value which must not be lost. Such people are providing a great service.

The visionaries are those who venture into uncharted territories, who forsake the safety of the comfort zone of what’s been established. They take immense risks and fearlessly face the consequences of these risks. When they play, it could be a work of genius, or an utter train wreck; and they are ready for it. They are the musical equivalent of the likes of Yuri Gagarin, Alan Shepard, or Neil Armstrong.

Looking deeper into the idea that “style and genre easily becomes a prison,” I must give a nod to one of my biggest musical influences: Bruce Lee. He was not a musician, yet his martial arts philosophies are easily applicable to music. He was not concerned with following a style or school of thought, because he refused to become frozen in that form. He sought formlessness, and found in it his astonishing mastery and invincibility.

The application of this idea leads inevitably to being primarily concerned with the psychoactive properties of music. When one plays, one must ask oneself “What does this note mean? How will my audience respond to this music?”

Here’s an example. You’re in the key of C, you have seven notes to work with. Then, you play an F#. Suddenly, you sent a message and made a change not only in the music, but in the emotional and psycho spiritual reaction your audience has to your music. You must do this in a way that conveys meaning, and to guide your audience’s reaction to the music in a responsible way.

Lastly, if you broke down into its primordial form all that exists in creation; vegetation growth, crystalline structure, weather patterns, the functions of the human body, DNA sequences, the distance, mass, and velocity of astronomical bodies, etc. etc., you will find it all works exactly the same way that sound and music does. There is no difference. This is why music is so powerful.

This is the Kung Fu of Music. It took me years to understand this. I have only been playing and studying music for 46 years: I’m just a beginner, and have barely scratched the surface.

I eagerly look forward to hearing your kung fu.