One of the key discoveries from our years of music business research is: musicians who are successfully making a living off music approach their business and art differently than most musicians. Rather than focus solely on selling tracks or playing live, they instead broaden their thinking and work to create more income streams off of what they do.

As authors of The Indie Band Survival Guide (2nd Edition), columnists of EMusician‘s weekly “The DIY Advisor“,  and the creators of CreativeLive‘s “Making Money With Music“ course, we are obsessed with researching the best ways to make money with music and finding new ways to share it with musicians. And that is just one of the reasons why we joined Musicians for Musicians after visiting New York and speaking at Carnegie Hall as well as the Made in New York Media Center. After our talks, we spent so much time talking with musicians, we got kicked out of both venues as they shut out the lights. Among the artists we met were MFM members, and when we found out about the concept #MakingMusicIsAProfession we were glad to join to be a part of this organization, even if we’re based in Chicago and can’t attend the meetings in person. We always want to keep learning from our fellow musicians and share what we’ve learned.

Considering this, as new members, we wanted to share with the MfM membership the best elements of successful approaches we’ve learned over the years. The hundreds of income sources boil down to 12 things successful musicians do that you can implement for your own music to make more money with music and build a sustainable music career:

Perhaps the most common issue artists need to overcome is to change their thinking between the artist that creates art with integrity and wants to share it with the world and the business person that needs to keep asking: “how can I make money off of this art?” Psychological experiments have shown the human brain has a hard time switching between these two modes. One perspective will usually stifle the other. Although the same creativity musicians put into their art can and should be used to come up with new business and promotion ideas, some musicians work with managers to handle the business aspect so that they can focus on the art. The key is to recognize the distinction between these two roles, or hats, and adjust your line of thinking accordingly or find a person that can fill this role. For example, although you should focus on the music when you’re in the studio, afterwards, be aware of what you own and can leverage for each song you release.

2. Draw on multiple sources of income

There isn’t a single successful musician, band, or DJ that we’ve interviewed who relies on just one source of income. The most successful create a set of at least 3-5 music-related streams to build a stable business. Until they hit that point, it’s sometimes necessary to supplement income in other ways such as a day job. Considering that most shows happen at night, and musicians can record music during evenings and weekends when not at the day gig, it’s possible to transition the base of their business from non-music revenue into music-related activities as your audience and business grows. This concept isn’t unique to music, since this is how many non-music start-ups begin. Many musicians give up or fail because they don’t have enough income sources and when they lose any of the few they have their business can go under.

This is just a partial list, and each of these possible sources are parallel. Some even enhance the others. This this isn’t just the case for playing live. You should always be on the lookout on new ones to add to each activity you do to maximize your income from your audience.

You make active income when you trade your time directly for money. This includes any jobs when you’re getting paid an hourly rate, or doing business that requires your presence, such as playing live shows. Passive income comes to you even when you’re sleeping, for example when you receive royalty checks for a song you’ve written that’s played on TV or radio or you receive checks from digital and physical distribution sales. This is often called “mailbox money.” Active income is easier to generate at first, but has the downside of closing off when you’re not generating it. Passive may take some work to register your music or to generate licensing opportunities, but once it works for you it sends you income without additional work on your part. Successful musicians generate income streams that are both active and passive.

Passive income is often irregular. For example, your album sales may not be the same month to month, YouTube may change how they recommend your videos altering your viewer rate, or your song might not get radio play next month. A good music business is built upon income sources that are both stable and more in your own control — usually active sources of income that are more reliable — and passive sources. Provide a good mix that can create a livable income.

Your music is out there in the world getting played and listened to. Each play generates income, but only if it’s registered. It can have the biggest upside for you if a song of yours gets popular, goes viral, or blow up. Perhaps the best part of this passive stream is you only need to register each song once and it’s covered for life! So don’t miss out. You’ll want to register every composition you write with a PRO (such as ASCAP, BMI, or SESAC), both as a songwriter and as a publisher. You’ll also want to register each sound recording with SoundExchange.com. You can also register each sound recording with ContentID to make income off of YouTube views. Skipping this few hours of work to get it registered is simply leaving money on the table. We talk about some of these in our free Electronic Musician Article Master Class: Song Release Checklist. 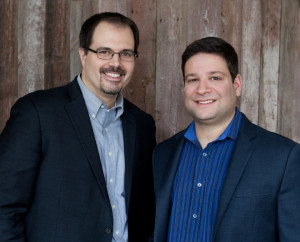 Billboard Magazine called Randy Chertkow and Jason Feehan “the ideal mentors for aspiring indie musicians who want to navigate an ever-changing music industry.” Together, they’re musicians who are working on their 21st album, authors of The Indie Band Survival Guide: The Complete Manual For The Do-It-Yourself Musician, 2nd Edition (Macmillan), creators of the 15-hour online course, Making Money With Music (CreativeLive), and regular contributors to Electronic Musician Magazine, including the free weekly web column, “The DIY Advisor“. They also teach, speak, and consult about music business including speaking at New York City, San Francisco, Austin, Chicago, Oklahoma City, and more.

Book Review: Steve Gordon’s “The 11 Contracts That Every Artist, Songwriter, and Producer Should Know”