The two dozen or so patrons that attended Joe’s Pub last Sunday for a concert by the French band Lo’Jo were treated to a unique and wonderful blend of world music styles and sounds.  The venue was only half full, understandable for an early afternoon (12:30PM) show, and the audience seemed to be mostly comprised of French expats and longtime fans, but the band gave everyone there a show to remember.

My wife and I had agreed to check out the concert after we both enjoyed the band’s video for their recent single “Cafe’ des immortels” with its atmospheric mood and Euro-ambient flavor.

I was only vaguely familiar with Lo’Jo, noting their contribution to the excellent Festival in the Desert CD released on the World Village label in 2003.  That album documented the second-ever Festival au Desert, an annual music festival held in Mali featuring mostly North African artists.  Lo’Jo themselves were instrumental in organizing the very first festival in 2001 along with the great Tuareg band Tinariwen who the members of Lo’Jo had met while recording an album in North Africa in the late ’90s with Tinariwen producer Justin Adams. 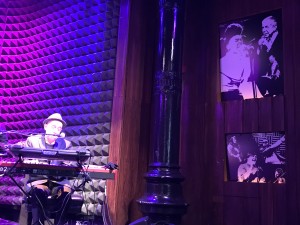 Lo’Jo was formed in 1982 in the village of Angers in France by Denis Pean (vocals/lyrics/keyboards) and Richard Bourreau (violin) as a traditional folk group in the chanson style.  They were joined in 1995 by sisters Yamina Nid El Mourid (vocals/saxophone/percussion) and Nadia Nid El Mourid (vocals/percussion) whose Berber origins gave the band its North African influence.  Their talented rhythm section of Alex Cochennec (bass) and Baptiste Brondy (drums) rounds out this “tres originale” collective.  To date, Lo’Jo has released over a dozen albums since 1993 and their fascinating multi-cultural music deserves to reach a much wider audience.

Last Sunday, the six band members squeezed on to the Joe’s Pub stage with leader Denis Pean looking like the younger cousin of the late great Canadian chansonnier Leonard Cohen in his dark suit and pork pie hat.  Pean and violinist Richard Bourreau flanked the stage, with the bassist and drummer situated behind the two sisters who took center stage.  Apart from a sincere “Welcome” and a parting “Thank you all for coming”, the minimal stage patter was all in French. 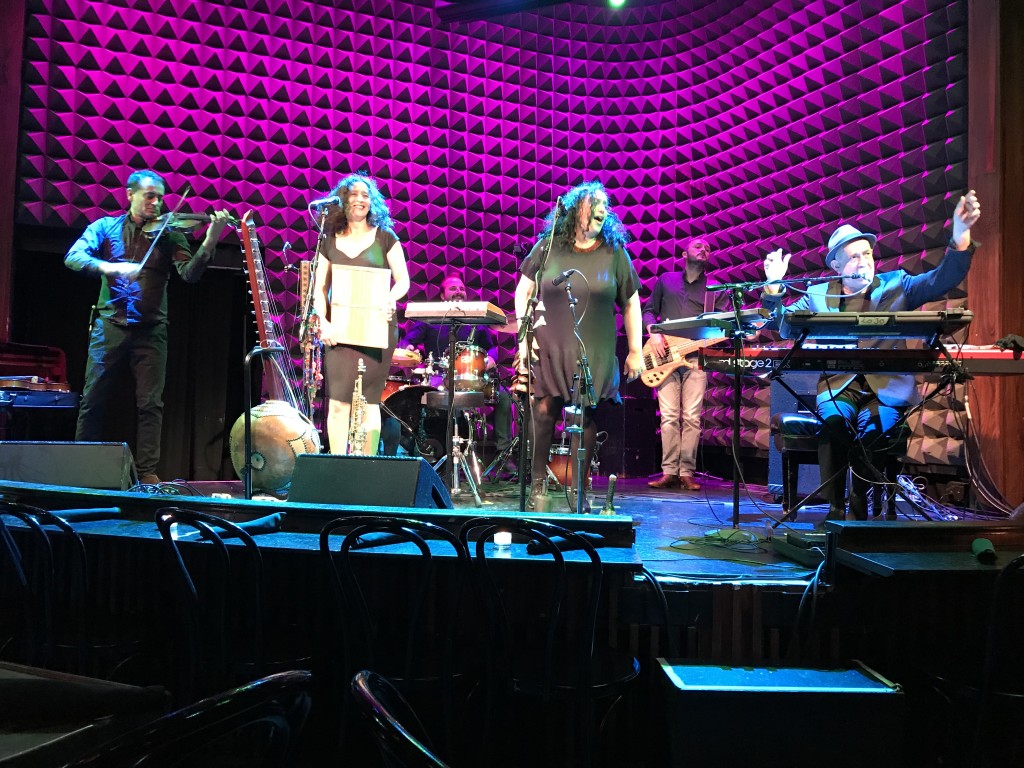 The group played over a dozen songs, none longer than 4 or 5 minutes, which showcased their amazing range and versatility.  Tunes varied from slow and mysterious folk songs which Pean emoted in French in his deep, impassioned baritone (again reminiscent of Cohen) to upbeat Moroccan rhythms where the attractive Yamina would conjur an exotic melody from her soprano saxophone and then set it down so she could perform a traditional Berber dance on the stage.  Bassist Alex Cochnec laid down some truly harmolodic bass midway through the concert and Bourreau used a wah-wah pedal with his violin to generate some awesomely funky dance rhythms which had the audience bouncing in their seats. 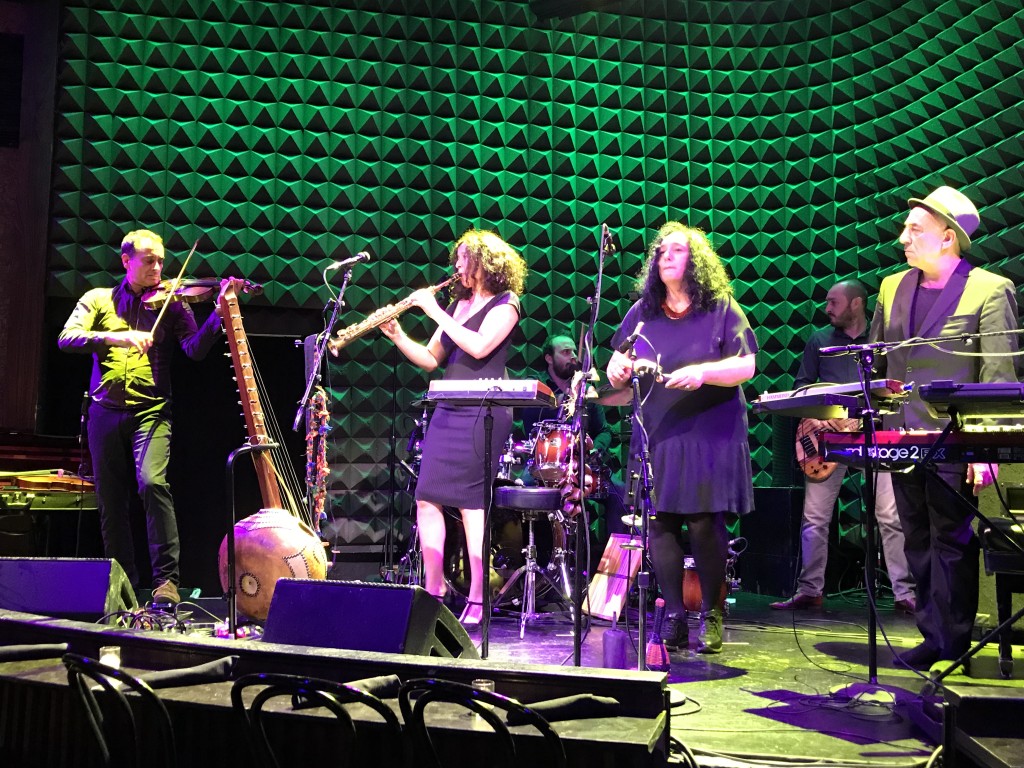 All in all, it was a fantastic show which reminded me of the music of, at different times, Youssou N’dour’s band Etoile de Dakar (thanks to Pean’s programmed tama drums), the Roches (via the sisters’ pretty harmonies), Roxy Music‘s “Song for Europe” (a fine example of chanson) and a high-quality gypsy music compilation. 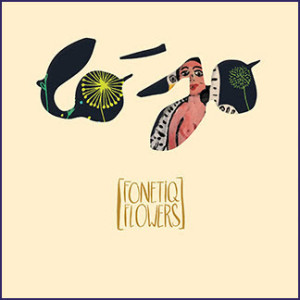 Lo’Jo’s latest album is entitled Fonetiq Flowers (World Village 2017) and if you’d like to take a day trip from the Western Sahara desert to a Parisian cafe’ from the comfort of your armchair, then pick up a copy of the album today.  I enjoyed it so much that I plan to check out their earlier works, starting with the 1997 Justin Adams-produced Mojo Radio and the acclaimed 2002 Au Cabaret Sauvage (both Emma Productions label).