There is also the question of what jazz is. How does one truly define jazz? Is it the “cool” early 60s work of Miles Dais? The early works of Louis Armstrong? The avant garde of Ornette Coleman and Albert Ayler? The high powered intricacy of Return to Forever or the Mahavishnu Orchestra? The sublime poetry of Yusef Lateef or Oregon? The answer is “Yes.” There can be no single definition of the term “Jazz:” and this is something that profits the minds and spirits of the musicians and audiences. It also creates difficulties for the corporate businesspeople. The conceptual framework of corporatocracy cannot contain or define the near-mystic qualities of this music. The corporate masterminds, drones, and bean counters will inevitably resist this by every means at their disposal – and they have proven themselves to be formidable enemies. The intelligent musician cannot underestimate this for a moment. 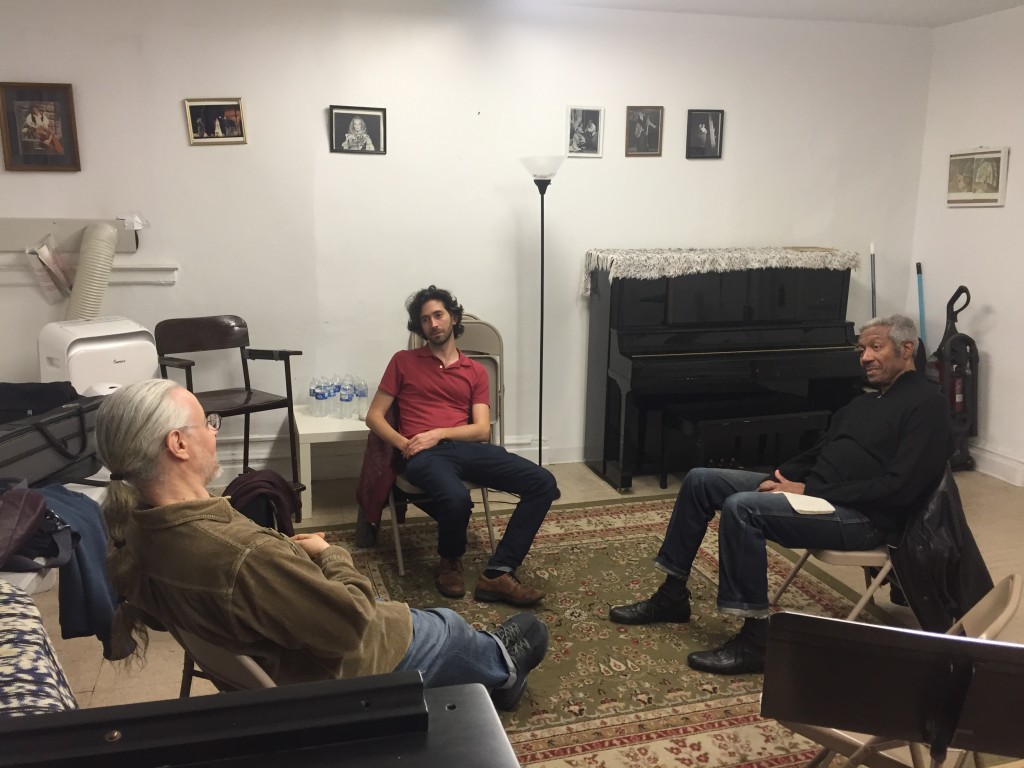 Another issue that was brought up was the idea of “connecting vs. not connecting.” There is a notable lack of communication – and even honesty – among musicians. Especially in New York City: the “attitude” of cliques, not helping others, how musicians (and people in general) interact forms what may best be described as a “crabs in a barrel” model of business and social interaction. The question of why people in this city take this attitude was discussed. One reason (of many) could be that people interpret New York City lifestyle as fundamentally atavistic and threatening; and this attitude could simply be a defense mechanism in a hostile environment. Of course, there is a very real possibility that one could become so immersed in this that they have trouble differentiating friend from enemy.

Harper was very eloquent in explaining why musicians have a hard time to organize. This, of course, steered the conversation toward solutions, rather than mere concentration on the problems. It is important for musicians to become more creative and supportive with the business side of the music. This evolved out of the general ideas that were previously discussed.

MFM’s past, present, and future were put on the table. The realities of where we are and where we’re going need to be examined from all perspectives. Some perspectives are not quite as obvious as others, but are equally important. One MFM goal that was discussed was the establishment of a business league.

The meeting was attended by different types of musicians. But we were able to talk to each other, and discuss musician issues and share our experience with each other. A larger gathering of musicians can do that as well; numbers speak and have power. One of the attendees, Oran Etkin, came with doubts about MFM. He left without any doubts.

We all had a good time. Harper and Saadat want to continue this kind of a meeting outside of the MFM agenda. It has a unique value, brings up some otherwise unspoken issues, and is a lot of fun.

Musicians are a tribe. Our tribe must have its gatherings.