In order to be truly connected to a real event “NOW,” it may be necessary to be disconnected from the digital cyber world… In fact, the modern music business has delegated the sublimity of music itself to a zeitgeist of insignificance.

A Cultural Commentary By Dawoud Kringle

There was a scene in the movie Collateral, where the whole of modern popular musical culture was eloquently represented. A professional assassin (played by Tom Cruise) took a cab driver (played by Jamie Foxx, who Cruise forced his assistance in a series of assassinations) to a jazz club. The assassin loved the live jazz performance in the club. He was fascinated by the unpredictability of the music. The cab driver disliked the performance and found it incomprehensible for the exact same reason. His conditioning to accept uniformity and predictability in music – and life itself – could not allow him to let go of his illusion of control and allow the music to be itself.

This mindset has taken on epidemic proportions in our society. The ruinous phenomenon of the devaluation of music is not confined to a conflict between artists and corporation. Music as an art form and a profession cannot exist without a symbiotic relationship between musicians and the people who actually listen to music. Digital technology has altered this interaction in ways that can be as obscure as they are unprecedented, and has produced insidious artifacts that fundamentally altered the relationship between artist and audience.

Audiences attend live music performances with the expectation of capturing on video whatever’s happening on stage and share it online. It’s arguable that this diverts the audience’s attention away from the performance. Doubtless the reader has seen people in audiences Tweet, post on Instagram, or perhaps to send someone a text about an unrelated matter. Perhaps you’ve done so yourself (I have).

Now, there is arguably some value in this. The most obvious is the preservation of a moment that would otherwise be lost to the ravages of time (space doesn’t permit me to share anecdotes about moments I experienced at live performances, heard about from others, or performed myself that are gone forever). There is a very human need to preserve and communicate and share experiences. Smartphone technology allows this to be done instantly, and with no effort. Each video, photo, tweet, Instagram and Facebook post is an attempt to encapsulate events into an eternal “Now.”

But this can bring about unforeseen losses. In a very real sense, the culture of digitally enhanced instant gratification exists in opposition to the precious fragility of a live performance  wherein everyone is a participant, and everyone becomes involved in the outcome. This “Now” cannot, in any real sense, be preserved. I am reminded of something Pete Townsend said about feeling sorry for those who never saw Jimi Hendrix live. He said, in essence, that recorded media could never capture the totality of what Hendrix did. When musical magic happens onstage, it is partially because of the shared experience invested by the audience. It is a symbiotic experience.

With modern music technology, and  economics and business practises, this  symbiosis between artist and audience in musical performance can, and has, taken on self destructive contours. Disco music was one of the first modern genres to create a new phenomenon; the audience as “star of the show.” The music was ultimately irrelevant to the clubbers on the dance floor, and the fleeting subcultures that created the illusion of meaning. The music didn’t need to be an art form: it degenerated into mere utilitarian ornamentation. This set a precedent that allowed the devaluation of music to evolve; especially with the existence of technology making it cost effective. Some live music performances, especially with EDM and other genres, have acquiesced to this barrier between artist and audience that denies its own existence. The performance is set up in a way that the alienation between artist and audience can only be alleviated with a total immersion into cyberspace.

Performers are forced to confront the seemingly insurmountable obstacle of how to divert the audience’s attention away from the box in their hands that connects them to the cyber world, and focus their attention on what’s happening on the stage – in real time and space. A live music performance depends upon the audience’s willingness to surrender to the unfolding uncertainty of an experience they are not creating and have no control over. Outcomes are unpredictable and even a little dangerous – like the real life that this technology pretends to replicate, but can’t. In order to be truly connected to a real event, it may be necessary to be disconnected from the digital cyber world.

The reward for this risk is often a moving, transcendent experience. But many audiences will not do this. Among them are those who have no concept of the existence of such an experience.

Music as a sonic art form that incorporates  imaginative, conceptual musical ideas no longer has a place in the corporate infrastructure of the music business. In fact, the modern music business has delegated the sublimity of music itself to a zeitgeist of insignificance.

In earlier decades, as in classical and ancient civilizations, music related to mathematics, architecture, symbolism and philosophy. And while the concept of emotional context is vitally important in music, the concentration upon emotion to the ultimate exclusion of all other ideas has become music’s only defining feature. This is not surprising, since the sole purpose of these corporations is to generate profits. This limited set of values imposes upon its ranks a complete lack of the conceptual framework necessary to even define music as an art form. The balance between emotion, intellect, and spirituality (and spirituality itself is often mistaken for emotion – this is a serious error) is ignored or ridiculed. The result is that our collective ability to relate to music through the lens of the humanities has atrophied. Audiences are satisfied to engage with music on the exclusive level of a demographically defined and spiritually impoverished set of emotional reactions.

The future of the music business is threatened by the economic imbalances and injustices of the digital domain. Many are fighting against this economic devaluation of music. And they should not stop until we artists are afforded a fair share of the profits from music sales. There can be no compromise; there is no question that the music professional must be aware of, and in control of, the economic dimensions of his / her art. However, equal effort must be expended in the vigorous education of the public’s awareness of quality music.

Quality music is marginalized and devalued almost out of existence when reduced to an artifact of lifestyle, celebrity, and artificially created marketing demographic. The long-term result is that all aspects of human existence are concurrently devalued. The corporate music industry cannot understand the danger of this; they can only define “value” in terms of profits. We are the ones who hold the means to reverse this destructive and dehumanizing trend – and all humanity will suffer if we fail. 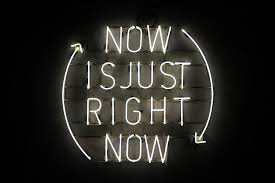 A cultural zeitgeist could arise to offer a solution to this conundrum. In fact, it may be possible to cultivate the phenomenon. Until that time, the aficionados of smartphone culture would do well to learn to trust the artist they’re paying money to see and hear. Embrace the uncertainty of the unfolding moment. Recognize the transformational power of immersing one’s attention into the beauty and sublimity of music is itself an art. If audiences wish to truly be part of the performance – and I believe they do – this is how it’s done. And artists must be ready to deliver.

Each human being is an expression of possibility. We are imperfect beings, finite, and not completely real. Yet it is our symbiotic interrelation / interconnectedness, and the fact that we are, in reality, souls / the Spirit breathed into what are essentially glorified primates that ties us to the Eternal. And this gives meaning and value to our art because it is each human expressing their own individual perspective and perception of the Absolute and Eternal.

In the end, there is no other story to tell.