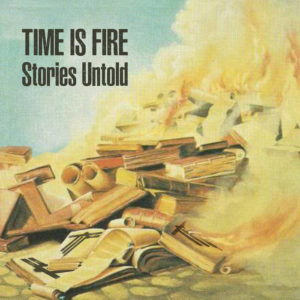 An indomitable bass line, supported by a solid dance beat, comes out of nowhere and attacks with the ferocity of Muhammad Ali beating the tar out of Sonny Liston. A jagged, half punk, half free jazz guitar slices its way through the rhythmic wall like a broken bottle in a street fight. A voice drenched in drama and passion steps to the forefront and cries its heartfelt and anguished poetry. Congratulations! You have listened to “Ey Ajaba” (“Farsi for “Oh I Wonder”), the opening track to the EP Stories Untold, by Time is Fire, and lived to tell the tale. 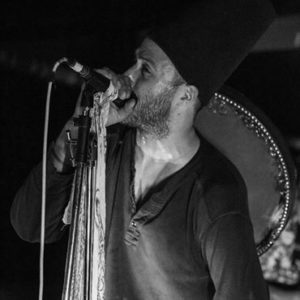 Washington, DC based Time Is Fire takes punk, groove, dance, and experimental music into an interesting direction. Fronted by Kamyar Arsani (Iranian-born Sufi poet, and member of both the Nu World Trash ensemble SoSaLa and Musicians for Musicians), they blend the anarcho-left politics of classic punk bands like Gang of Four and Killing Joke with inspiration from the poetry of 13th-century Sufi poet, Jalāludīn Rumi.

The music has an almost Primus like quality to it, without the flippant humor. Time is Fire is not kidding around. They take what they do very seriously. The music carries urgency and a near state of fear for the well being and future of the world with a transcendental peace only attainable by a perspective of a spiritually driven Bigger Picture. They are classic Sufis: not of the world, but still in it, and responsible for its custodianship. The music and message in the lyrics are well conceived and executed, and hold an intimacy and honesty that can only come from the sincere and worldly wise.

The new 3-song EP was recorded in one afternoon at Inner Ear recording Studio by Eamonn Aiken, and released by Electric Cowbell Records. My only complaint about the release is that it’s only three songs. It left you wanting more; and wondering what other fascinating musical adventures and lyrical discourses these guys have to offer.