When we think about heroes and musicians in the same context, we picture the saxophone virtuoso playing intricate jazz improvisations, the gunslinger rock guitarist, or the beautiful precision of a classical pianist. Or perhaps we have the image of a musician whose music holds a special place in our hearts. But musicians are humans, and humans have been known to perform acts of great heroism and nobility. Here are a few anecdotes of note.

The Red Hot Chili Peppers singer Anthony Kiedis helped a baby with breathing difficulties during a recording of James Corden’s Carpool Karaoke. A woman came out of her house saying that her baby can’t breathe. Kiedis performed CPR, and started rubbing the baby’s belly. When the ambulance arrived, Kiedis handed the baby to the EMTs, who soon determined that the baby was breathing and would be fine. 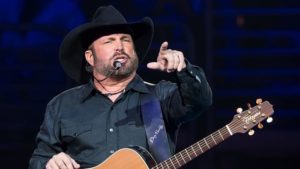 In 2000, a bushfire tore through grasslands near country singer Garth Brooks’ in-laws’ home in rural Oklahoma. Brooks evacuated two boys from a nearby house, driving them through thick smoke to safety. He then stopped to push the family’s boat out of a barn that was threatened by the fire. 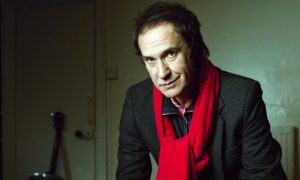 Rock legend and Kinks front man Ray Davies confronted a mugger in New Orleans in 2004. His companion’s purse was snatched outside a restaurant in the city’s French Quarter. Davies chased the assailant. Unfortunately the mugger was armed. He shot Davies in the leg and escaped.

In 2008, Iron Maiden singer (and licensed pilot) Bruce Dickinson was one of the pilots who helped rescue passengers stranded by the financial collapse of Airline XL (with reported debts of £143 million, which left 85,000 tourists stranded in the US, the Caribbean, Africa and Europe). In 2016, he personally flew a sick turtle called Terri home to the Canary Islands in his private jet after it had been washed up in Jersey, UK.

English-Irish pop band One Direction’s singer Liam Payne and some friends were enjoying an evening together in his flat in 2013. A patio heater exploded, leaving a friend trapped on a burning balcony. Payne hauled his friend from the blaze (which took 35 firefighters to extinguish). 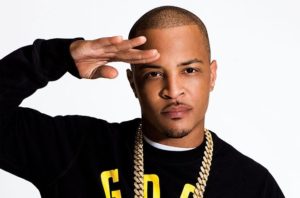 Hip Hop artist T.I. helped talk a man contemplating suicide off the ledge of a 22-story building. In October, 2010, T.I. was on his way to a video shoot when he heard that a man (identified only as Joshua) was threatening to jump off the 400 Colony Square Building. He met with police and recorded a video message that the police showed to the man on the ledge. On the video, T.I. convinced him to stop his suicide attempt. The man later met with T.I. in the building’s lobby, where they spoke briefly before he was taken to the hospital for treatment. In May of 2016, T.I. was arrested while trying to get inside his own home in a gated community in Georgia. 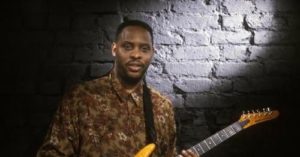 In 1997, jazz / funk guitarist Zachary Breaux (who had performed with Roy Ayers, Stanley Turrentine, Jack McDuff, Lonnie Liston Smith, Dee Dee Bridgewater and Donald Byrd) died of a heart attack at the age of 36 after trying to save a swimmer caught by a riptide in Miami Beach, FL. Nine years earlier, while on tour in Italy, he’d saved a man from drowning. In Miami Beach, however, his heroism cost him his life. The woman he tried to save, 66-year-old Eugenia Poleyeff, a teacher from Brooklyn, also died.

In January 2016, a driver crashed outside the home of actor and singer Jaime Foxx in Hidden Valley, California, and the car burst into flames. After calling 911, Foxx pulled the driver out of the burning vehicle. Foxx suffered burns and was also rushed to the hospital. 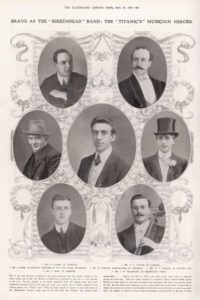 Violinist and conductor Wallace Hartley worked as a professional musician on over 80 maritime voyages before joining the Titanic as bandmaster. Around midnight on April 14, 1912, the Titanic hit an iceberg. Two hours later it sunk, taking the lives of over 1500 people. Hartley and his band played for two hours as the Titanic sunk. After the electricity went, Hartley then dismissed his band, continued to play alone, and went down with the ship. His body was later recovered, and returned to England. Six days after Hartley’s funeral, the Orchestral Association of England organized a memorial concert at the Royal Albert Hall held in their honor. The proceeds of the concert went to the musicians’ families. For years, the song “Nearer, My God, to Thee” (Hartley’s favorite hymn, and rumored to be the last thing he and the band played) was regularly played at the funerals of members of the Musicians’ Union.